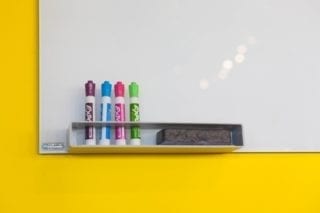 Capital Economics commodities economist Simona Gambarini said in a recent presentation that platinum prices will reach $1,150 by the end of 2019 and $1,350 by the end of that year.

Capital Economics predicts that platinum price softness will be confined to the short term. Prices will improve before 2020, Simona Gambarini, the firm’s commodities economist, said in a recent presentation.
Gambarini explained that Capital Economics sees platinum prices hitting $950 per ounce by the end of the year and $975 in 2018, up from about $930 currently. The rise will come on the back of increased use in industrial applications and constrained supply.
“In particular, auto sales in Europe have been growing strongly, and so far there is no sign that the political uncertainty there is having any impact on consumption. What’s more, underinvestment and reserve depletion in South Africa will continue to constrain any growth in output,” she commented.

Give me my free report!
However, an aggressive tightening in monetary policy from the US Federal Reserve in 2017 and 2018 will prevent prices from seeing more substantial gains until 2019.
At that time, the firm sees reduced capital investment in South Africa contributing to substantially higher prices. The country’s capital expenditure on platinum mining projects has been falling sharply since 2012, and reductions in platinum production are expected to follow.
“There is a lag between the time when investment decisions are taken and the time when output eventually comes online. According to our estimate, in South Africa the average lag is four years. Since capex has been falling since 2012, we expect production to fall more sharply  starting in 2017,” Gambarini continued.
Over the past five years, scrap has accounted for 25 percent of platinum supply with the largest source coming from the automotive industry. Considering that the average lifecycle of a vehicle is 10 years, Capital Economics predicts that more scrap will be added to the supply in the future.
Meanwhile, stringent emissions standards from the auto industry are expected to sustain demand for platinum. Although electric vehicles are more effective at meeting emissions standards, the infrastructure for them to operate will take years or decades to put in place. Plus, as incomes rise in emerging markets, vehicle ownership is expected to increase.
Gold prices are also expected to recover towards the end of 2018 with the end of the Fed’s tightening cycle. Gambarini said the last Fed rate hike will happen in Q1 2019, which should also be positive for platinum prices.
“Given our outlook for US monetary policy, we expect the weakness in the price of platinum to persist through most of 2017 and 2018. We expect the platinum price to rise only slightly this year and the next — to $950 in 2017 and $975 in 2018. Further ahead, we see a more pronounced recovery and forecast that the price of platinum will actually reach $1,150 by the end of 2019 and $1,350 by the end of 2020,” she said.
Don’t forget to follow us @INN_Resource for real-time news updates.
Securities Disclosure: I, Melissa Shaw, hold no direct investment interest in any company mentioned in this article.