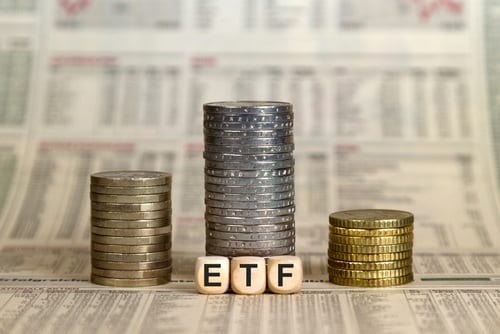 While calls for the gray metal have slipped slightly in 2019, total supply is expected to grow by 2 percent for the calendar year, reports the World Platinum Investment Council.

While calls for the gray metal have slipped slightly in 2019, total supply is expected to grow by 2 percent for the calendar year, reports the World Platinum Investment Council (WPIC).

The increased interest in platinum ETFs has resulted in a 12 percent increase in total demand, despite a 12 percent dip across the three segments mentioned earlier.

“Stellar investment demand performance is the highlight of 2019,” wrote Paul Wilson, CEO of WPIC. “The particularly strong investment demand in the first half of 2019 continued in Q3 and into Q4 with the increase in ETF holdings of 1 million ounces the highest seen since physically backed platinum ETFs were launched in 2007.”

The platinum oversight group expects investor appetite for the versatile metal to remain resolute into the new year based off a number of factors relating specifically to platinum and the precious metals sector as a whole, which has performed positively throughout the last quarter.

“This ETF buying by large institutional investors, who typically take 2 to 3 year views and positions, reflects the value opportunity they see; driven by future demand growth potential and constrained supply,” continued Wilson. “It also reflects recognition that evidence of this, often played-down, demand growth, will now be realized in the short-term and within the investment horizon of their funds.”

While gold and palladium have enjoyed upward momentum in price, silver and platinum have been more subdued, leading many analysts to note that that is where the value potential lies.

In early November, the Investing News Network spoke with Thom Calandra of the Calandra Report, who talked about the price disparity and the value potential.

“Platinum has underperformed. It’s traditionally been higher than the gold  price,” he said. “By all rights you’d think platinum should be US$1,400, US$1,500, US$1,600 an ounce, which is exactly where palladium is, but we have had some hiccups with diesel — the Volkswagen (FWB:VOW) diesel scandal — and some labor shortage problems.”

While the WPIC foresees investor interest remaining strong, it doesn’t expect a repeat of this year’s record setting ETF growth.

In terms of an outlook moving into the new decade, the WPIC expects a market surplus of 670,000 ounces evidencing a 1 percent decrease in supply and 10 percent slip in demand. However, this may be somewhat offset by a 2 percent reduction in mine supply.

“Investment demand in 2020 remains strong but is well below the record level in 2019 and despite a fall in mining supply will still result in a sizeable surplus in 2020,” the WPIC report notes. “The expected fall in automotive demand excludes any effects of higher diesel sales as automakers scramble to avoid massive CO2 fines and also excludes any platinum for palladium substitution.”

The metal is the third most traded commodity in the world, superseded only by gold and silver. However, unlike those precious metals, physical platinum is harder to acquire. Those wanting to own the metal often opt for jewelry or the few coins that are available.

Platinum hit its year-to-date high on September 4, when it was trading for US$984 an ounce. Since then, the price has remained below the US$956 mark.

See our exclusive index of Platinum companies on the move
EXPLORE