Exchange traded products are becoming increasingly popular with investors. To the surprise of many, there are a number of options designed specifically for those seeking exposure to platinum. 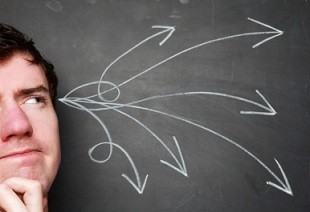 Following the financial crisis in 2008, there has been substantial growth in exchange traded products (ETPs), especially those offering exposure to precious metals. While people are aware that ETPs exist, many of them are unaware of how many options there are geared toward platinum investors.

Most common are the ETFs, short for exchange traded funds. An investor purchases shares in an ETF just as he would in a mutual fund or a particular stock. With physically backed platinum ETFs, those shares buy quantities of bullion. Yet, the investor is spared many of the hassles that would arise if he attempted to buy platinum directly. For example, there is no need to bother with arranging for delivery of the metal, storing and securing it, or hauling it off for shipment when it is resold.

Investors interested in this type of arrangement may want to take a look at ETFS Physical Platinum Shares (NYSE:PPLT), launched  on January 8, 2010. This ETFs debut revealed that US investors were longing for such a product. PPLT is a straight-forward means to get exposure to platinum. Purchasing a share earns an investor approximately 0.1 ounces of platinum, which is stored in a secure vault where the holdings are audited by an independent third party. The ETF then tracks the rise and fall of the metal’s spot prices.

If the idea of investing in platinum bullion is appealing but the infancy of PPLT or the idea of trading in the US are discouraging, there is ETFS Physical Platinum ETF (LON:PHPT). Based in London and launched on April 24, 2007, long before US regulators dared approve such a product, PHPT also entitles investors to approximately 0.1 ounces of metal per share, though the entitlement is fractionally smaller than PPLT.

First Trust ISE Global Platinum Index Fund (NASDAQ:PLTM) is an ETF launched on March 11, 2010. This product is marketed to investors interested in platinum companies but looking to avoid the labor of selecting and weighting them. As of July 1, the ETF’s basket contained 23 companies including industry heavyweights such as Anglo Platinum (PINK:AGPPY) and Impala Platinum (PINK:IMPUY). Despite its name, this fund is not limited to strict platinum exposure. Companies may be included as long as they are actively engaged in some aspect of the PGM  (platinum group metals) market, which may include mining, refining or exploration of platinum or other metals such as palladium or rhodium. As such, the fund holdings include diversified companies such as African Rainbow Minerals (PINK:ARBWY) and Johnson Matthey (LON:JMAT).

Investors looking for an alternative to a platinum ETF, may be interested in a platinum ETN, or exchange traded note. ETNs are debt securities (similar to bonds) issued by a financial institution. As a result, one of the risks associated with these products is the credit-worthiness of the issuer.

ETNs, though preferable to some investors, are not as widely influenced by the volatility of spot prices. The gains or losses experienced from these type of investments are determined by tracking platinum futures contracts.

Investors interested in these types of products can consider the iPath Dow Jones Platinum Subindex Total Return ETN (NYSE:PGM), which began trading on June 24, 2008. Though it is almost purely platinum play, slightly over one percent of the fund is invested in treasury bills.

Another option is the E-TRACS UBS Long Platinum ETN (NYSE:PTM) launched on May 8, 2008, which tracks the performance of the UBS Bloomberg CMCI Platinum Total Return.

There is also the UBS E-TRACS CMCI Short Platinum Excess Return (NYSE:PTD). The strategy here is quite different from those employed by peer products. This ETN also tracks platinum futures contracts, but gains on inverse performance, meaning investors’ profits result from market losses. If platinum prices are rising, an investor in this ETN will be losing. PTD also offers a fixed income return based on a hypothetical 91-day treasury bill portfolio. Though this type of investment is often touted as a hedge, analysts urge extreme caution since historically market prices trend up, not down.

What Was the Highest Price for Silver?
Uranium ETFs: An Emerging Market and Opportunity
LME Copper vs. COMEX Copper
How to Invest in Uranium