Rumors that the Russian government will withdraw from the palladium market are appearing more credible all the time. If this happens, the current supply deficit and high prices may only be a prelude of future market conditions. 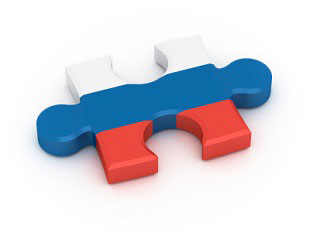 Palladium supply is outpacing demand. Russia’s stockpiles have been a source of about a quarter of the global supply for 20 years, said Francis McAllister, CEO of Stillwater Mining (NYSE:SWC). However, it’s believed that by 2012, Russia will leave the seller’s table, which may widen the deficit and boost prices.

Russia sold about 800,000 ounces of palladium from state reserves in 2010 reported research company GFMS. The amount that will be sold this year is still a matter of speculation.

If there are any palladium deliveries from Russia in 2011, these will be the remains of the stockpiles said Viktor Sprogis, Deputy Chief Executive Officer of Norilsk Nickel (LON:MNOD), the world’s largest palladium producer. Furthermore, he says no supplies are expected in 2012.

“Remains,” generally an unemphatic word, is very significant in Sprogis’ statement because there are widespread beliefs that Russia’s departure from the market is not voluntary. Rather, rumor has it that the nation has depleted its renowned stockpiles.

During the 1970s and 1980s, the Russian government amassed large quantities of palladium. According to the UN, Russia was the only nation to hold significant stocks of the metal. The potential size of those stockpiles has always been the great unknown in the palladium market said Leon Westgate, a metals analyst at Standard Bank.

Although it is still unclear what the Russian government had then or has now, the rumors circulating about depleted stocks are being granted some degree of credibility by comments from those close to the situation.

For example, last year, the Dow Jones Newswires cited a Russian Finance Ministry official as saying the nation’s palladium stock was “practically nil.” In an interview in London, Sprogis said that judging by indirect indicators, the government stockpiles are gone.

If Russia’s palladium is gone, what happened to it is another unanswered question. Considering that the nation has been a major supplier, a person may be quick to assume that sales have simply eroded the supply. However, the UN says it is widely believed that western banks have a substantial portion of Russia’s palladium due to use for collateral on loans.

Over the years, Russia has been a major influence on palladium prices. McAllister said any remaining Russian inventories would probably not have much of an impact on the market if they were sold.

But, impact is expected from Russia’s absence from the palladium supply chain. The nation’s departure could result in a deficit that lasts until 2015… and not a minor deficit. Johnson Matthey reported that in 2010, gross demand for palladium increased 23 percent to hit a record 9.63 million ounces. The total global production was less than 7 million ounces.

Though Russia may withdraw from the sales team, the demand is not expected to subside and the prices are not expected to retreat. Top analysts forecast prices to reach $940 an ounce or higher by the end of the year and to keep rising thereafter. If history is an indicator of what will happen, investors may want to look back to 2001 when uncertainties about Russian supplies caused palladium prices to soar to a record high of $1,125 an ounce.

What will the world do if the Russian government says bye to the palladium market? Some analysts believe stockpiles held by investors and consumers will be sought as pain relievers.

Johnson Matthey, reported that physical investment in palladium rose 74 percent to over a million ounces, due mainly to strong flows into palladium ETFs, such as the new Palladium Trust (NYSE:PALL) and the more seasoned ETFS Physical Palladium (LON:PHPD).