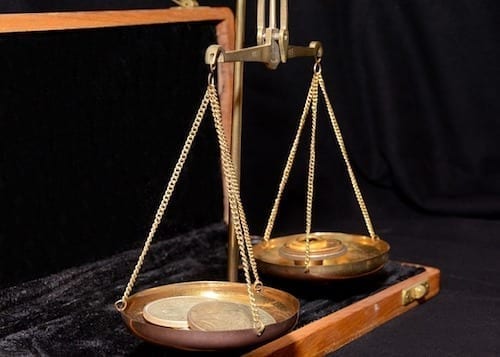 Market watchers have begun to predict that palladium could very soon find itself more valuable than gold for the first time in 16 years.

Over the past six weeks, the price of palladium has risen by close to 30 percent, leaving market watchers to believe that it could be on track to be more valuable than gold for the first time in 16 years.

On Friday (September 28), future prices for the precious metal jumped from a mid-August low of US$837.20 an ounce to land at US$1,072.80 per ounce, which is the highest finish since January, when prices hit a record above US$1,100.

“Car demand is solid across the world, and trends are toward big SUVs in the US and small gasoline engines in Asia,” said R. Michael Jones, chief executive officer of Platinum Group Metals (TSX:PTM, NYSEAMERICAN:PLG).

“All of these are growing palladium demand,” he added.

In addition to palladium’s record-climb last Friday, the metal also managed to trade US$250.40 above the $822.40 futures price of platinum and was within US$123.40 of gold, which has struggled for the majority of 2018.

One of the main reasons behind the palladium price hike is the fact that supplies of the metal have tightened.

“Seems logical that China would be bidding up the PGMs in an effort to secure needed supplies before any additional tariffs impinge on their ability to do so,” he added.

Jones added to the supply shrinkage by pointing out that approximately 40 percent of palladium supply comes as a byproduct of platinum mining in South Africa, which has been declining on the back of escalating costs and low labor productivity.

He stated, “[r]egardless of the palladium price, since it is a byproduct metal, the supply is shrinking.”

The reigning in of palladium supply coupled with automotive demand for the metal which is expected to rise to a record high of almost 8.6 million ounces before 2018 comes to a close, has market watchers comparing the precious metal to gold.

“The gold/palladium ratio is historically the narrowest it has been in quite some time,” says Ed Egilinsky, head of alternative investments at Direxion.

“Gold doesn’t have the same everyday industrial usage as palladium,” he added.

Egilinsky also noted that the yellow metal is more susceptible to the greenback, which has weighed on its price heavily throughout this year.

“It is possible for palladium to trade higher than gold…if palladium supply continues to be muted, demand for autos and electronics increases, and tighter emission legislation further takes hold in China and the US,” Egilinsky stated.

Platinum Group Metals’ Jones agrees with Egilinsky and believes that palladium could climb to US$1,200 this year and US$1,400 in 2019.

Jones also mentions for this climb to occur, there wouldn’t need to be a new catalyst in order to get there.

“The chess pieces are all in place,” he explained.