Palladium’s gains were snapped last Friday as the greenback rallied. The precious metal came under pressure as a study from the University of Michigan showed an unexpected increase in consumer confidence. This reduced the metals “safe-haven” appeal. 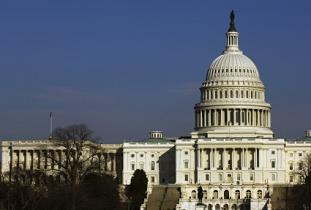 Palladium’s gains were snapped last Friday as the greenback rallied. The precious metal came under pressure as a study from the University of Michigan showed an unexpected increase in consumer confidence.  This reduced the metals “safe-haven” appeal. Crude oil prices also weighed on sentiment, the front-month WTI contract slipped from $54/bbl in early London trade to $51/bbl in New York.  Further oil price weakness could punish precious metals, especially with large volumes stockpiles of the metal on the market.

On Monday, palladium spent the day range-bound, trading between $219 and $223 in Asia and London before dropping to $210 in early New York trade. However, it returned to $217 at market close. On Tuesday Palladium tracked sister metal platinum to a 4 month high of $228, closing with a gain of 5.2 per cent at $223. The metal is well on its way to challenging the November high of $235.

Recent technological advances mean that the three main platinum-group metals – platinum, palladium and rhodium – can be increasingly substituted for one another in a variety of industrial applications. So, when it comes time to pick which metal to use, it will likely be a matter of economics.  This is where palladium is set to benefit; it is the cheapest of the three. At present, palladium auto catalysts dominate in the gas engine market, while the use of platinum is more common in diesel engines. When platinum prices skyrocketed in 2006, auto industry research focused on technological advances offering lower-cost in the treatment of diesel emissions. Now, diesel emission treatment, once the almost exclusive domain of platinum, is now shifting to increasing use of palladium to reduce costs.

Palladium demand could get another boost from the jewelry industry.  Palladium has long been the underdog in the industry, despite its similarity to its popular cousin, platinum.  Jewelers have declined to feature it in their stores for fear of consumers’ unfamiliarity. Now, the struggling economy has jewelers hoping that the consumer will be more “open minded.”  Palladium’s $198 an ounce price tag compares to gold’s $962, and platinum’s $1,041 price.  This large gap may have consumers eyeing the metal that mimics the beauty and strength of platinum, but is a fraction of the cost.

“The acquisition of Cadiscor is an important step in growing our precious metals business by adding additional gold to our significant palladium resources. Our acquisition focus will continue to be gold with the objective of growing NAP to be a mid-tier precious metal producer operating in mining friendly jurisdictions,” said William Biggar, President and CEO of NAP.

Michel Bouchard, Chief Executive Officer of Cadiscor, stated: “This transaction gives Cadiscor shareholders an attractive premium for their shares, and significant upside to future increases in the price of palladium and gold. NAP brings not only a strong balance sheet with the capital to quickly restart the Sleeping Giant mine in 2009, but also mining personnel with significant experience in developing and operating underground mines, a large resource of over 3.7 million ounces of palladium at its mine in Thunder Bay, and a highly liquid stock which will be a benefit to Cadiscor shareholders.”

Coincident with the signing of the definitive agreement, NAP has advanced to Cadiscor a total of $7.5 million, pursuant to the purchase of a $5.4 million, 12 per cent convertible debenture, and a $2.1 million, 12 per cent debenture, the proceeds of which will be used by Cadiscor to bring the Sleeping Giant mine back into production. Both debentures have a term of 18 months, and are secured by a first charge on Cadiscor’s assets. The convertible debenture is convertible into Cadiscor common shares at $0.50 per share, which, on full conversion, would constitute a 19.9 per cent shareholding in Cadiscor. The board of directors of Cadiscor is unanimously recommending approval of the transaction by their shareholders.

Tags: acquisition, board of directors, jewelry

2 responses to “Palladium capitalizes on down economy”