Palladium has many diverse applications — it is used for industrial and medical purposes and can even be found in jewelry. 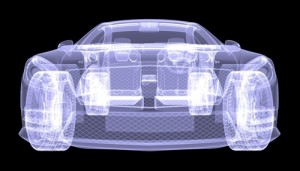 Discovered in 1803 by W.H. Wollaston, palladium has diverse applications in the modern world, many of which are similar to those of platinum. For instance, both metals are used in jewelry and electronics, as well as in autocatalysts and for medical applications.

Palladium also has uses that are only now being researched — some scientists are looking into using it as a component in fuel cell technology, while others are exploring the use of palladium-103 to treat prostate and breast cancer. In the future, the metal could even be used to remove toxins and carcinogens from groundwater.

Below is a brief look at some of palladium’s most important current and up-and-coming applications.

Palladium is used to create catalytic converters for automobiles and other machines that have engines. These converters transform toxic substances in engine exhaust to nontoxic or less harmful elements, helping cars adhere to environmental standards. While other catalyst types exist, those made from palladium are among the cheapest and most effective.

Electronics such as cellphones and laptops, which use multilayer ceramic capacitors, also contain palladium. Capacitors help control the electric current flowing through these devices by storing a charge until it’s necessary. However, the current high cost of palladium means that many capacitors are now made with nickel instead, according to Johnson Matthey​.

In addition to those uses, palladium is very important in industrial chemistry, where it is used in the production of chemicals like purified terephthalic acid, a component of artificial fibers like polyester and nitric acid for fertilizer. Using palladium as a catalyst in chemical reactions has changed how synthesis occurs in the pharmaceutical and biotechnology industries and has altered the chemical industry’s manufacturing processes.

In some ways, palladium’s fortune is directly tied to that of the petroleum industry. That’s because the metal, along with other platinum-group elements (PGMs), is used as a catalyst in many refining processes, including catalytic reforming and hydroprocessing.

Catalytic reforming creates high-octane gasoline that is used for powering cars. In that process, catalytic reactors on an alumina base interact with gasoline feedstock to create the right type of gasoline.

Hydroprocessing involves improving the quality of oil and gas products by adding hydrogen atoms to molecules without breaking them. Interestingly, hydprocessing can also involve breaking molecules into smaller parts. The catalysts in this process include palladium and other PGMs.

Gold alloys containing platinum have long been used in dentistry to make dental inlays, crowns and bridges. However, rising gold prices made palladium a popular option in the 1980s. Currently, Japan’s government mandates that dental alloys include at least 20 percent palladium; as a result, the country consumes the most palladium for dental uses.

As palladium is nontoxic and is not antagonistic toward the human body, it also has medical applications. Currently, scientists are looking at using small pellets of palladium-103, a radioactive isotope of the element, to combat prostate and breast cancer. The procedure, in which small seeds of palladium-103 are injected into the affected area, is called brachytherapy. It involves delivering local doses of radiation over a period of time, rather than applying high levels of general radiation to the body all at once. Brachytherapy for prostate cancer has been found just as effective as other treatment options in the early stages of the disease; it also brings lower complication rates than surgery and external radiation. The long-term disease-free survival rate is 90 percent.

The removal technique being examined involves using palladium as a catalyst, similar to the process used by catalytic converters in automobiles, and helps make water safer.