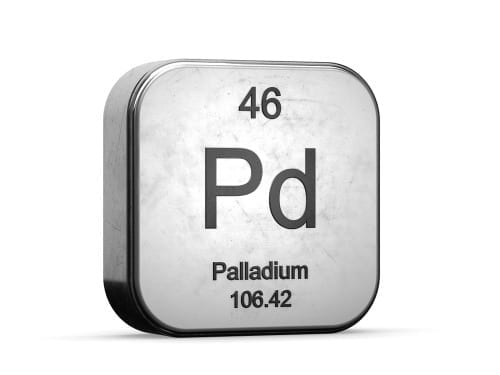 Palladium consumers are bracing for a surge in demand following Fiat’s recall of almost 900,000 of its gasoline-fueled vehicles.

Following Fiat Chrysler Automobiles’ (NYSE:FCAU) voluntary recall of close to 900,000 gasoline-fueled vehicles on Thursday (March 14), consumers of the precious metal began to brace for an additional palladium deficit that could spur from replacing the catalytic converters in these vehicles.

In a move that would require an additional 77,000 ounces of palladium, the recall could cause even greater demand within the palladium market, which is already reeling from shortages.

“This recall is the result of in-use emissions investigations conducted by EPA [United States Environmental Protection Agency] and in-use testing conducted by FCA as required by EPA regulations,” the EPA noted in a press release.

“This eventually will be a bit of a supply shock,” Maxwell Gold, director of investment strategy at Aberdeen Standard Investments, told Bloomberg. Adding, “[o]verall, this does paint a very positive picture of just growing emission standards globally, particularly in the US for palladium and gasoline engines.”

Demand for palladium has significantly spiked in the last year as newer and stricter regulations have been put into place in an attempt to curb emissions in gasoline vehicles. These regulations have caused automakers to boost their consumption of palladium, which has acted as the catalyst to the surge in demand.

In the case of the Fiat recall, approximately 70 percent of 110,000 ounces of precious metals needed to replace the catalytic converters will be palladium, said Miguel Perez-Santalla, sales and marketing manager at refiner Heraeus Metals New York.

Although it is likely that the metal from the recalled cars will be recycled, in turn helping to ease tight supply, “it’s just going to take a few months for it to come back into the system,” Perez-Santalla noted.

“EPA will continue to investigate other FCA vehicles which are potentially non-compliant and may become the subject of future recalls,” the regulator said in its statement.

As a result of the recall, market watchers are predicting that palladium could climb to US$1,650 per ounce if the automaker is able to swiftly replace the catalytic converters.

“The demand could be impactful on this market, and if nothing else could hold these prices at these levels, which we haven’t had ever before,” said Peter Thomas, senior vice president at Chicago-based metals broker Zaner Group.