Investors looked to the political crisis in Egypt as a sign that gold would skyrocket as a result of volatility in the international market. 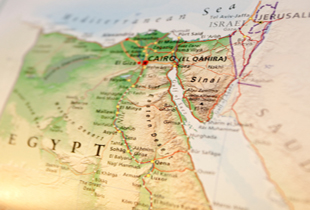 Some investors looked to the political crisis in Egypt as a sign that gold would skyrocket as a result of volatility in the international market brought on by the North African nation. But, within a week of the very public unrest, gold edged down in slow trade as equities gained and worries about the unrest in Egypt ebbed.

Initially, in the last week of January, gold prices suddenly spiked due to concerns that the unstable situation in Egypt may spread to other areas in the Middle East as well as other parts of North Africa. SPDR Gold Trust (ETF) (NYSE:GLD) shot up from $127.9 to $131.2 on January 28. Gold prices for April deliveries benefited the most as the metal was priced $21.90 higher at the COMEX reaching $1,341.70. Gold prices of gold deliveries in February have also risen by $22.30 at $1,340.70 per ounce.

“What’s going on in Egypt has again reminded us that the world economy is not out of the woods, and that things we do not anticipate can have a significant negative effect on global markets and risk sentiment,” said Rachel Ziemba, a senior analyst with Roubini Global Economics, in an article for the Wall Street Journal.

Egypt does not have a significant economic impact on a global scale, though it does have control of the Suez Canal, a crucial shipping channel, particularly for the transportation of crude oil. The Egyptian military “is aware of the importance of ensuring the smooth operation of the Suez Canal, which is not only a vital source of Egypt’s foreign currency receipts, but also ensures the supply/movement of crude oil,” said Ashraf Laidi, chief market strategist of CMC Markets in London.

Oil prices on Monday reached their highest levels since 2008, and investors sold off both stocks and bonds of many developing nations, particularly in the Middle East.

All week, people have challenged Egypt’s police state, holding massive protests against President Hosni’s Mubarak’s 30-year rule. Mubarak said on Tuesday he would step down in September, offering a mixture of concessions and defiance to Egyptians who took to the streets calling for his resignation. Mubarak’s offer of resignation quelled many concerns about escalating political turmoil in the country, calming international interest in gold.

There are concerns about political unrest spreading to other countries in the region, as Tunisia has ousted its president, Zine El Abidine Ben Ali, not weeks before. This has caused many investors to hang on to the “safe-haven” commodity.

What Was the Highest Price for Silver?
What are Copper Futures?
Gold Outlook 2020: Gold Building Base for New Price Highs
Zinc Treatment, Refining Charges to Remain High