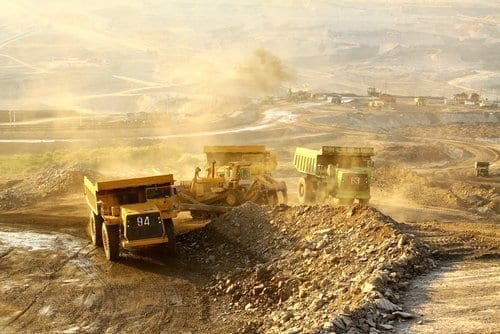 During challenging financial environments, funding from alternative sources can be the lifeblood of a company’s growth strategy.

It’s no wonder that the smartest management teams in the mining sector often choose non-dilutive strategies such as non-smelter royalty agreements and offtake agreements to secure financing, paving the way for product development and market launch.

Normally negotiated prior to the construction of a mine so as to secure a market for its output, an offtake agreement is orchestrated between a resource producer and a buyer for the purchase or sale of portions of future production. Sometimes, however, if the buyer’s appetite for the product is high, the offtake agreement can have a prepayment credit facility included in the terms.

Offtake agreements of this kind are becoming increasingly attractive funding options for mine construction and startup.  Ultimately, these agreements can provide a mining company with the financing it needs in its final stage of development.

With a guaranteed market for its future production, the mining company has a higher likelihood of also obtaining financing from a lender to enter the construction stage of the mining cycle.  In fact, offtake agreements are generally a condition for a fully bankable feasibility study (FS) in order to obtain a syndicated loan facility from traditional banks. An additional benefit of having a prepayment credit facility attached to an offtake is that the buyer is usually a trader in the commodities sector with extensive technical and financial knowledge in the mining industry. This gives them the ability to bypass certain conditions needed in a fully bankable FS, thus reducing associated time and expenses and accelerating the time to production.

“Our $15 million credit and offtake agreement with Trafigura Mexico S.A. de C.V., one of the largest physical commodities trading groups in the world, gave us the final funding we needed for our Tahuehueto project to start construction and put the mine into production” said Ralph Shearing, President of Telson Mining Corporation (TSXV:TSN,OTCBB:SOHFF) a Canadian based mining company producing gold, silver and base metals in Mexico. Tahuehueto is located in Mexico’s north-western Durango State and is currently in the construction phase with a timeline to begin on-site production of at least 1,000 tpd end of 2018. “It’s been a really good way for us to fund since it’s far less diluting than equity funding allowing us to protect shareholder value.”

It can be significantly difficult for a company without years of positive profit performance in its pocket—as is the case of an exploration company moving into production—to secure loans on commercial terms. An offtaker with industry knowledge can bear to take this risk in exchange of guaranteeing a minimum amount of years of exclusivity in the purchase of a mine’s production. The interest rates associated with such credit facility can be quite competitive since it is in the best interest of both parties to not compromise the operation’s profitability and instead focus on production, guaranteeing supply for the offtaker.

“Telson received two lines of credit from Trafigura with very competitive interest rates and grace periods to restart production at the Campo Morado mine and to finish construction at the Tahuehueto mine,” said Enrique Margalef, Director and VP of Corporate Development at Telson Mining. “In exchange for this, Trafigura secured 100 percent of the mine’s production for the next 5 years. It is a mutually beneficial agreement for both parties.”

Since an offtake agreement is a positive financial step for a company, it can result in sharp share price fluctuation. For example, Triton Minerals saw its share price increase 60 percent after announcing an offtake agreement worth $2 billion in 2015. Hastings Technology had its share price jump 33 percent after signing a memorandum of understanding to sell its mixed rare earths carbonate to Baotou Sky Rare Earth New Material in Mongolia in 2017.

At the Campo Morado Mine concentrates will be sold exclusively to Trafigura until December 2021 and at Tahuehueto up to December 2022. As part of the agreement, Trafigura provided Telson with a US $ 5 million operating capital loan for the Campo Morado Mine, and a $15 million loan facility to construct and subsequently operate their 1,000 tpd mining operation at Tahuehueto.

The offtake component of the agreement will see Telson provide Trafigura with all of the lead and zinc concentrate produced in the mines during the 4-year period at Campo Morado and the 5-year period at Tahuehueto.

The Future of Funding?

Offtake agreements provide an alternative to the traditional raising of capital. The result is a mutually advantageous relationship where both parties can ensure the success of a mine project and establish a strong working relationship for future projects.

In today’s innovative financial climate, new ways to secure funding and raise capital are becoming more popular, and in an industry that can be as volatile as mining, securing funds through an offtake agreement has shown to be a beneficial option that we may see more of in the years to come.

One response to “Offtake Agreements as Alternative Financing Options”