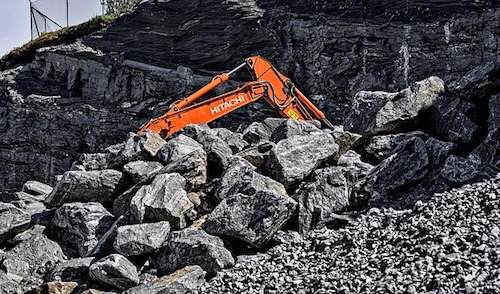 Mercenary Geologist Mickey Fulp shares his thoughts on peak gold, the gold price and the junior resource space as a whole in this new interview.

The summer doldrums are in full force, but for Mercenary Geologist Mickey Fulp that’s not a problem.

“I think that the bad companies are doing worse and the good companies are continuing to survive. They may have lower market caps, but for me that’s a buying opportunity,” he explained.

He’s on the hunt for undervalued companies with good projects, cash in the ground, good management and good share structure. “Down here at the show there are some really good bargains right now.”

Fulp also touched on the idea of peak gold, a topic he discussed in a panel at the conference. “Ian Telfer comes up about six weeks ago or two months ago and says all of the good gold deposits have been found, we’re done. And this is the chairman of the board of Goldcorp (TSX:G,NYSE:GG),” he said.

But “he’s talking about a Goldcorp perspective where they’re looking for the bird’s nest on the ground, the 10 million plus ounces that they can either find or acquire at depressed values and continue to grow their resources and reserves … people have taken that and carried that into the idea that gold production is at the highest it will ever be, and I think that’s ridiculous.”

Watch the interview above or scroll down to read the transcript.

INN: We’re here at the Sprott Natural Resource Symposium in Vancouver. It’s the second day of the conference — have you had a chance to get a sense of the mood yet? How’s it feeling to you?

MF: I think speculators are nervous because of the down markets and the question channel is, “what should we do?” and “when is this going to end?”

INN: Any takeaways for you so far from the conference?

MF: Just really that, I think that would be my takeaway.

INN: You’ve been pretty busy at the show, I think you spoke a couple of times yesterday. One of the talks was a panel on peak gold, which unfortunately I missed, but I would love to hear your thoughts. Have we reached peak gold?

MF: No. What’s peak gold? Ian Telfer comes up about six weeks ago or two months ago and says all of the good gold deposits have been found, we’re done. And this is the chairman of the board of Goldcorp. He’s talking about a Goldcorp perspective where they’re looking for the bird’s nest on the ground, the 10 million plus ounces that they can either find or acquire at depressed values and continue to grow their resources and reserves with a growth mentality vs. what the mining industry really should be, which is a value industry, not a growth industry. People have taken that and carried that into the idea that gold production is at the highest it will ever be, and I think that’s ridiculous.

INN: So it’s more — when people are saying that, they’re saying they’re not seeing the things that they want to find within their specific criteria.

MF: I think so. The major gold miners have very high levels of — number of ounces in the ground before they make a move. But if you look at gold production, it’s basically gone straight up since 2003, 2004. Even during the global economic crisis it didn’t really take that much of a downturn. And it’s really gone exponential, and where’s that gold come from? It’s come from the juniors and the mid-tiers. It’s not the majors because the majors’ production continues to go down because they operate a failing business business model in my opinion.

INN: Juniors do come up a lot when we hear about this peak gold idea, and people say we’re not seeing enough exploration. What are your thoughts on that?

MF: I think that’s true. So I expect that we will see a dip in gold production, but I think that will be temporary. It comes from the fact we had a five-year bear market for gold and exploration dollars in the ground continued to fall off. Now over the last couple of years we’ve seen more exploration, but you have maybe a five- to seven-year lag from exploration to when it catches up to production. I think we’ve been quite surprised that gold production’s continued to climb through 2017. It may fall off a bit this year. But people were predicting, and I was one of those people, that it should have started to fall off in 2015, and it didn’t do that.

INN: How are you feeling about those juniors in the resource space overall right now? We’ve got the TSXV down quite a bit year-to-date, I don’t know the exact amount. What’s the issue there?

MF: It’s more than a 52-week low now. The issue obviously is commodity prices, especially gold prices. The gold price is at, as we speak today on July 18, is US$1,222, so that is a year low today. Copper prices — in a week if the copper price holds at US$2.75 that will be a year low. Zinc was at a year low last week, lead‘s at a year low at US$0.97 since today, so it’s really driven by metals prices. And then it was compounded in the early part of the year by the cryptocurrency and marijuana bubbles, which burst in mid-January, and it has been downhill for the Venture Exchange since then.

INN: So as an investor, you’re seeing the TSXV go down and these companies not doing so well right now — how much should you read into that? Is this a buying opportunity?

Mickey: I think that the bad companies are doing worse and the good companies are continuing to survive. They may have lower market caps, but for me that’s a buying opportunity. Down here at the show there are some really good bargains right now, and I’m going to start chipping away at those things with near 52-week-low valuations, with cash in the ground and good projects, and good management and good share structure. So you look at that … I look at this buying opportunity.

MF: It may go down further, but that’s normal. It’s just the season for low gold. Gold normally hits either a seasonal or oftentimes its yearly low in the summer doldrums, and we’re seeing that.

INN: Are there any metals where you see some upside in the near future, or is it the same across the board?

MF: I think it’s the same across the board for everything. I would expect if normal seasonality occurs that we’ll see a bump in gold in September as we usually do. Copper’s a little bit more problematic right now because you have — what really drove the copper price down lately is the dumping of a bunch of long positions by a big Chinese fund, a very — a “dark money,” if you will, Chinese fund. They dumped all their long positions, and that’s what really upset the market last week and led to the — along with this trade war, trade tariff talk — has led to a bottoming of base metals at this point.

INN: Those are a couple factors to watch as we go forward. Heading into Q3, the end of the year, end of summer are there any other things you would point out for investors to keep an eye on?

MF: I just really think it’s a buying opportunity. It’s a buying opportunity for physical gold — I bought a couple ounces of physical gold yesterday at the year low. And if it continues to go down, I will add to that. But there are very good juniors with the aforementioned share structure, projects, management, plus a lot of cash in the bank. There’s a lot of really cashed-up juniors, and these are the good companies. And for the most part, this is the kind of quality companies we see downstairs at this Sprott conference right now. There’s 70 companies and they all are companies of merit — there’s no zombie miners, or penny crapper juniors as I like to call them down there.

INN: So your due diligence is already done for you here.

MF: Yeah, to a certain degree. I continue to [do due diligence]. But of the 70 I could probably pick five or six I own, and in addition another number that I’m looking at right now as perhaps buying opportunities, evaluating.