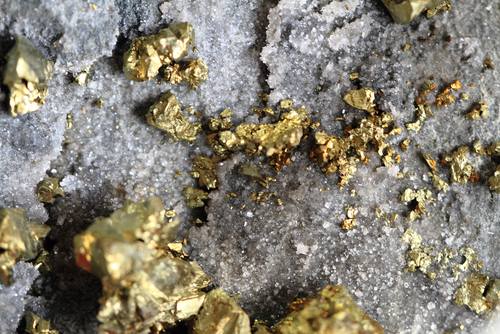 Metallurgy is the science and study of the behaviors and properties of metals. It serves an important purpose in a number of industries, especially in regards to quality control.

In the mining industry, metallurgical science and technology play a critical role in extracting metals from ore and refining them for end-use.

In fact, metallurgical testing is one of the most important components of successfully transforming an exploration-stage project into a profitable mine. It’s during metallurgical testing that mining engineers can assess the condition and composition of the material to be mined, and determine if commercial-level extraction and processing can be done economically.

Junior resource companies need funds to advance their projects toward production. Convincing investors and banks to part with their cash means management must continue to de-risk a project to move it to the next stage. Once a company has successfully identified a deposit and delineated sufficient resources, the next step is development and mine construction; an expensive undertaking that’s also risky for investors betting on whether those resources are in fact economically recoverable.

The higher the recoveries (the percentage of a metal extracted from the ore during processing), the higher the profit margin and the quicker investors will see returns. Positive metallurgical testing results tell the market not only whether an operation will be feasible, but also if it will be profitable.

Metallurgical testing can de-risk projects in other ways, such as by helping mine engineers determine the best flowsheet design, which can have a huge impact on capital and operating costs as well a project’s environmental footprint. Not all ores are created equally, and not every deposit will be amenable to simple, environmentally friendly, low-cost operations — metallurgical testing can help determine the viability of such methods on a given orebody.

The key to ensuring metallurgical tests are an accurate window into future production on the deposit starts with the testing samples themselves. “The samples must reflect the full range of characteristics expected throughout the deposit. The geologist, mining engineer and metallurgist need to collaborate to ensure an adequate number of samples are collected for testing,” said Dmitry Yermakov, senior processing engineer at SRK Consulting. “An error at this stage in the project can be very costly if the plant does not meet design criteria during the early, payback period of the mine life.”

Low-CAPEX/OPEX operations are for obvious reasons more attractive to investors, and positive metallurgical test results are something you can quite literally take to the bank.  Environmentally, the fewer harsh chemicals required during extraction and processing (simple flotation vs. cyanide leaching) the smoother the road to final permitting.

Each stage of a project requires more advanced metallurgical studies

Metallurgical testing is usually a part of later-stage exploration and development programs to gather logistical and economic data for use in scoping, prefeasibility and bankable feasibility studies. The studies often include grind optimization, gravity separation, flotation and cyanide leach testing.

Resource companies conduct metallurgical testing to help determine the processing parameters for flow sheets and to guide further optimization test work (including grade control and recoveries), all of which are an integral part of future engineering studies once a project nears construction.

“Designing and selecting the optimal process flowsheet is the result of a well-planned testwork program, some creativity and the knowledge a metallurgist has gained from practical experience on similar projects,” said Yermakov.

How a metallurgical testing program is designed depends on the stage of the project and the orebody itself — different variables will require different approaches to gaining an understanding of the economic parameters for a an optimized flow sheet.

As the project advances through exploration and development, there are three levels of technical studies of which metallurgical testwork is an essential component: scoping, prefeasibility and feasibility.

The scoping study is the preliminary evaluation of a mining project, and generally involves limited metallurgical test work. Scoping studies may be used to inform a preliminary economic assessment (PEA) on a project.

The goals of metallurgical programs at this earlier stage are to determine how the material will respond to conventional processes (i.e., flotation, gravity concentration and leaching) and how much metal can be recovered. Because most of the technical parameters for these studies are assumed based on similar operations in the same district or geological setting, the level of accuracy is much lower than that of a feasibility study. Hence, the results aren’t usually something a company can take to the bank, but positive PEAs and scoping studies can be a catalyst for spike in share price.

Significantly more comprehensive than the scoping study, prefeasibility represents an important step forward in evaluating the operational and economic viability of a mining project. At this intermediate level, metallurgical test work is performed on drill core samples taken from various ore types in the deposit, and is designed to determine the optimal criteria for developing a preliminary flowsheet.

At this stage in the engineering process, “sufficient metallurgical testwork has been completed to develop processing parameters for equipment selection, consumables, flow sheet, production, and a development schedule,” said Majid Davoodi, senior metallurgist and process engineer at Cameco (TSX:CCO). “Capital and operating cost estimates are derived from preliminary testwork, assumed factors, and some vendor quotes. The economic analysis derived from a pre-feasibility study is of sufficient accuracy to be able to assess various development options, as well as the overall project viability.”

The definitive feasibility study (DFS), as defined by NI 43-101 compliance standards, is a “comprehensive study of a mineral deposit in which all geological, engineering, legal, operating, economic, social, environmental and other relevant factors are considered in sufficient detail that it could reasonably serve as the basis for a final decision by a financial institution to finance the development of the deposit for mineral production.” Engineering studies at this level are more about economic feasibility rather than technical, which is why they are often referred to as bankable feasibility studies.

“The feasibility study represents the last step in the engineering process for evaluating a mining project for a “go/no go” decision and for financing purposes,” said Davoodi.

The major questions to be answered by a feasibility study, according to Casey Research, are: “[w]hat do we have? What’s the best way to get it out of the ground? How much money can we make doing that?” The answer to that last question is quantified in the study results using CAPEX and OPEX estimates, as well as internal rate of return (IRR) and net present value (NPV) figures.

Studies at this level involve detailed flow sheets and process designs as well as equipment size and specs. In preparation for the studies, resource companies often conduct metallurgical drill programs to obtain sufficient materials for testing. This drilling and test work may be conducted as part of a large bulk-sampling program or even a pilot plant program.

Bonterra Resources (TSXV:BTR,OTCQX:BONXF,FWB:9BR1) announced in April 2018 results for preliminary metallurgichttp://zincinvestingnews.com/al test work being conducted as part of its ongoing resource development program at the Gladiator gold deposit in Quebec. Total gold recoveries of up to 99.4 percent were achieved, including 76.1 percent from the gravity circuit.

“As expected, preliminary metallurgical test results confirmed excellent gold recoveries. On average, greater than 70 percent of the gold reports to the gravity circuit at all grinding sizes, which potentially contributes to substantial capital reductions in the grinding circuits, potential lower reagent consumption, and highlights an opportunity for significant savings in the future processing parameters at Gladiator,” said Peter A. Ball, vice president, operations.

Fireweed Zinc (TSXV:FWZ) announced in May 2018 positive results from metallurgical tests conducted as part of the work needed to complete a PEA on the Macmillan Pass zinc project in the Yukon. The results included composite zinc concentrate grading 58 percent zinc at 89-percent zinc recovery, and lead concentrate containing 61-percent lead at 75-percent lead recovery.  “The results give us confidence that the Macmillan Pass project will produce concentrates desirable to potential traders and global smelter customers,” said CEO Brandon Macdonald. The PEA shows a pre-tax IRR of 32 percent and a NPV (8 percent) of C$779 million.

Thor Explorations (TSXV:THX) provided in May 2018 preliminary results from a DFS metallurgical test work program on its Segilola gold project in Nigeria. The work is based on a representative bulk sample totaling over 500 kilograms of diamond core. The purpose of the program was to optimize the process flow sheet. Results included 77.5-percent average gravity recoveries confirmed; 98.9-percent total recovery confirmed at 106 µm grind size and 24-hour cyanide leach; and an average recovered head grade of 8.73 g/t gold.

Advancing a resource project toward production requires significant funding, for which most junior resource companies must look to investors and financial institutions. Metallurgical testing helps companies and investors understand the feasibility of a project both in terms of the technical and the financial — key information for de-risking a project and determining its true profit potential.

3 responses to “Why is Metallurgical Test Work Important?”