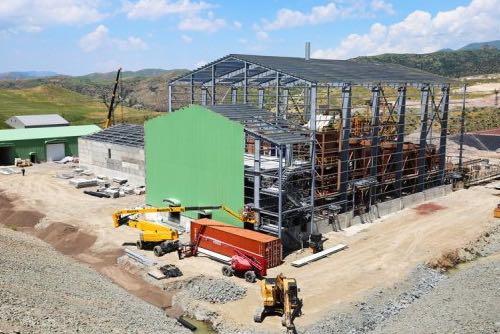 The Armenian government has given an environmental all clear that will allow the long-delayed Amulsar gold project to proceed.

An Armenian gold project is slightly closer to getting off the ground due to local court decisions, giving its owner a boost while the gold price is skyrocketing.

The Amulsar gold project is held by Jersey-registered, Canadian-listed Lydian International (TSX:LYD), which was denied access to the project site in mid-2018 due to protestors’ blockades.

Requests for police to clear the blockades were initially refused, but the company has since been successful in getting local courts to support its bid to regain access to Amulsar.

In an August 16 update, the company reported another victory, with the courts compelling police to launch a criminal investigation into the activities of those blocking access to the site.

The protests against Amulsar have been focused on environmental concerns, with locals near the mine fearful that it will pollute waterways near the tourist town of Jermuk. In 2018, Armenia itself saw a series of protests that resulted in a change of government.

The Amulsar project is expected by the company to produce 225,000 ounces of gold annually when fully operational, with a 10 year initial mine life.

The project has been in the construction stage since 2016 and was almost ready for production to begin before the protestors got in the way in mid-2018 during targeted protests against mining activity in the Transcaucasian country.

Since August 16, Lydian has taken a step forward on the environmental front, declaring on Monday (August 19) that it has received the support of Armenia’s prime minister, Nikol Pashinyan. He said on Facebook that an environmental audit shows Amulsar is not dangerous to the environment and the project will be permitted to proceed.

“The information we currently have at this moment is very clear, the exploitation of the mine does not harm the environment,” he said.

Lydian CEO Edward Sellers talked up the company’s transparency in the same release, as well the support that the Armenian legal system has been giving Lydian, but also said that the company has a lot of catching up to do.

“There are significant challenges ahead as Lydian moves to recover and rebuild its capacity to operate over the coming months, but we are looking forward to engaging with our stakeholders and positioning Lydian to be able to get back to work.”

During the blockade, the company had to reduce its workforce by 83 percent, and efforts to reduce costs meant all construction work in progress was abandoned.

Gold has been rising over the last few weeks and as of publishing was trading at US$1,517.40 per ounce.

In the last five days, Lydian’s share price has increased by 37.04 percent, with the company trading at C$0.18 as of Tuesday (August 20).