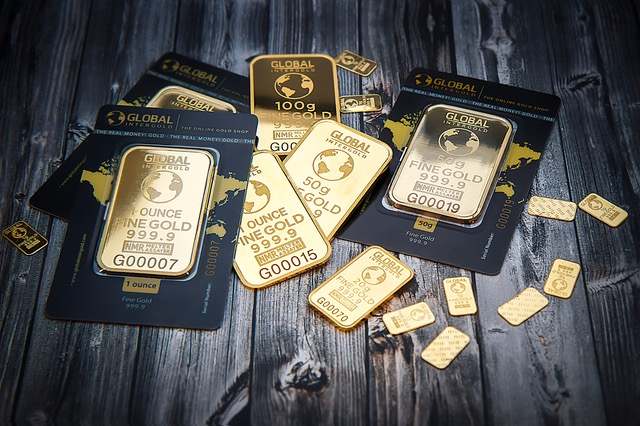 Mazumdar runs Exploration Insights with Brent Cook, and in this interview he also mentions a commodity that they currently have no interest in.

Brent Cook and Joe Mazumdar are the minds behind Exploration Insights, and in their talks at this year’s Prospectors and Developers Association of Canada (PDAC) conference they focused on a few key ideas:

For those reasons, Cook and Mazumdar currently believe that exploration-stage gold plays are the place to be — as long as you choose companies that are likely to be appealing to major miners.
“Everything is very specific to the suitor,” Mazumdar explains in the interview above. “If it’s really near their operation, maybe the hurdle rate’s much lower. But if it’s a grassroots, greenfields project they might need a higher production level,” he said.
That said, “in the end they want to make a double-digit return at a $1,250 gold price, so if the asset can offer them that, then that should be a better chance that they will get acquired.”
Listen to the interview above to learn more of Mazumdar’s thoughts on the gold space, and to hear what commodity he and Cook are not currently not interested in. You can also read the transcript below.

INN: I watched your presentation the other day, and you spoke a lot about gold reserves, and majors and juniors. One thing you said was that major miners’ gold reserves are declining. You touched briefly on the idea of peak production. Is that really a possibility?

JM: Yes, at this gold price level, if it stays around $1,250. The reason we have the decline in reserves is in part related to a drop in the gold price that they used to base their reserves on. And going forward, what we see is that there’s not a lot of assets that make sense at that gold price. And so right now, at these prices, gold production is basically forecast to decline.

INN: Falling gold reserves are good for juniors because it means they may be picked up by major producers. At what stage are juniors typically acquired?

INN: If there is [another] Kaminak that’s going to be acquired, what are some things … that might be an indication that they’re going to be an acquisition target?

JM: In terms of an acquisition target, what we’d be looking for is a project that makes sense to that major. Everything is very specific to the suitor, so if it’s really near their operation, maybe their hurdle rate’s much lower. But if it’s a grassroots, greenfields project, they might need a higher production level.

In the end, they want to make a double-digit return at a $1,250 gold price. So if the asset can offer them that, then that should be a better chance that it could get acquired rather than a project that has no IRR at $1,250, which would be more of a levered play.

INN: That makes sense. What happens if major miners decide that they want to jump back into exploration themselves? Do you see that as entirely unlikely? What do you think?

JM: When the gold prices were down, they weren’t making a lot of free cash flow. They cut back on their G&A, and unfortunately they consider exploration part of their G&A — an easy thing to cut that they can’t see the benefit of even though it might have built up their reserves.

So their idea of exploration is more like G&A. And if it continues to be that way, I don’t see them coming back to grassroots exploration. Some companies have a fundamental comparative advantage in continuing to do grassroots exploration, they have a philosophy of doing it and they’ll never cut it. Others come in and then they come out. It’ll go in waves.

INN: You mentioned that you like gold. You also have an interest in copper and zinc. I’m interested in hearing commodities that you aren’t looking at. What would be a no-go for you, and why?

JM: Right now, maybe in the near term, a no-go for us … would probably be uranium. Some people might want to play uranium because of the long-term potential demand from China. The issue that we have is that the market appears to be balanced, and it looks like it’s going to be balanced for a while. There’s still a lot of inventory to go through, so we don’t see how the price is going to pick up right now in the near to medium term. That’s one sector we’re not buying.