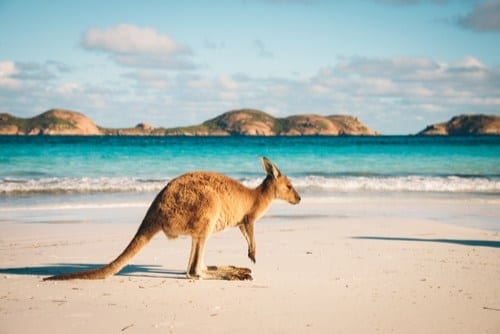 Shares of Greatland surged close to 27 percent after the miner announced a farm-in agreement with Australian gold miner Newcrest.

Shares of Greatland Gold (LSE:GGP) rose close to 27 percent on Tuesday (March 12) after the company reported that it had entered into a US$65-million farm-in agreement with Australian gold miner Newcrest Mining (ASX:NCM,OTC Pink:NCMGF).

As per the agreement, Greatland will work with Newcrest to develop the Havieron gold-copper project in the Paterson region of Western Australia, to which Newcrest has the right to acquire up to a 70 percent interest in 12 blocks that cover the Havieron target.

“We believe that this deal represents a win-win for both parties due to the potential for significantly reduced capital costs and increased efficiency resulting from ore being toll processed at Newcrest’s nearby Telfer mine,” said Gervaise Heddle, CEO of Greatland.

Heddle also noted that Newcrest’s expertise will help escalate Havieron through to a completed feasibility study and, subject to positive outcomes, into production — which would result in positive cash flow.

Through the agreement, the miners hope to lower upfront capital costs (no requirement to build a new processing plant), leverage all existing infrastructure at Telfer and reduce time to production and first cash flows. Additionally, there will be potential for a significantly higher net present value for the project than if a new processing plant and supporting infrastructure was required.

The miners announced that they will complete a series of exploration milestones in a four-stage farm-in over the course of six years.

“We are excited to enter into this partnership with Greatland Gold on their Havieron licence. Greatland Gold’s exploration to date has intersected significant mineralization only 45 kilometers from Telfer’s extensive infrastructure and processing capacity,” said Michael Nossal, CEO of Newcrest.

Upon completing the milestones set forth in the four-stage farm-in, Newcrest will be granted the option to increase its interest in the asset to 75 percent.

Newcrest will be the manager of the exploration program during the farm-in period and will hold a majority interest. The company must also commit to a minimum of US$5-million over an initial 12 month period.

During the farm-in period, Newcrest will have a first right of refusal over the remainder of Greatland Gold’s Paterson project (Black Hills, Paterson Range East and portions of the Havieron license). Newcrest also has the right to terminate the farm-in agreement at any time after the minimum commitment has been met.

“Further exploration at Havieron is in line with our strategy in Australia of looking under-cover and it is becoming more and more evident that the Paterson region is highly prospective for under-cover discoveries. Having existing infrastructure centred in this highly prospective region shows the latent option value embedded at Telfer,” Nossal added.

In the last four months of 2018, Greatland reported that Havieron had demonstrated the potential to become a “large, multi-commodity, bulk tonnage, underground mining operation,” noting that intersection from drill hole HAD005 revealed a combined intercept of 275 meters at 4.77 grams per tonne gold and 0.61 percent copper.

Additionally, post-period, assay results from drill holes HAD006-HAD009 significantly extended known mineralization and established new peak grades for copper and cobalt, with HAD006 ending in mineralization in excess of 1 percent copper and 750 parts per million cobalt.