Some analysts have pointed out that gold has few end users and a healthy above-ground supply, so why has it shown so much price strength in the last few years? 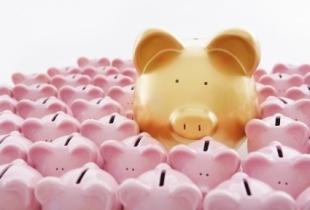 The price of gold made a valiant effort Wednesday to hold on to gains made in Tuesday’s record-setting rally, despite a bout of profit-taking and a slightly stronger dollar. After surging 2 percent to a never-before-seen high of $1,276.50 an ounce on the COMEX the previous day, the precious metal traded in a $10 range of $1,262.50 an ounce to $1,272.70 an ounce in New York, posting a close of $1,269.20 an ounce.

There is some debate over the driving forces behind Tuesday’s rally, said Jamie Greenough, Global Securities futures representative, in a note. “Some traders are suggesting that a deeper look at the capital requirements from the Basel III agreement this weekend, and the fact that the US Fed was forced to purchase $3.4 billion in bonds on Monday, highlights ongoing uncertainty in the global economy and that in turn justified a return of some flight to quality interest in gold.”

Despite fears to the contrary, the Bank of Japan’s move to devalue the yen had little negative impact on gold prices. While the dollar managed to post gains Wednesday, the price of gold futures didn’t react as negatively as anticipated.

But, don’t expect the greenback’s latest show of strength to last, says Mark O’Byrne, GoldCore executive director. “Continuing dollar weakness is likely as the Obama administration is forecasting this year’s deficit will hit a record $1.47 trillion and $1.41 trillion next year.”

Bullish analyst predictions for $1,300 an ounce gold by year’s end are still gilding the news wires, and even the most bearish of bears can’t help but say it is a possibility.

Prices are in a seven-week uptrend, notes Kitco’s Jim Wyckoff, and the “bulls still have the strong overall near-term and longer-term technical advantage.” Mr. Wyckoff expects to see “bigger daily price moves now that gold prices are in uncharted territory.”

Standard Bank, which views “the long-term causal fundamental drivers for investment demand in gold as liquidity and long-term real interest rates,” sees the yellow metal breaking the psychologically important $1,300 an ounce level in 2010.

GFMS Ltd. Chairman Philip Klapwijk said Tuesday the consultancy firm anticipates a move past $1,300 an ounce this year, as well.

. . . but, are the precious metal’s fundamentals strong enough?

While gold’s latest rally has further supported bullish price sentiment, there are those contrarians who warn that the current gold market lacks the proper fundamentals to support higher prices. And a few even warn the market is a bubble is on the verge of bursting.

Eugen Weinberg, respected Commerzbank analyst said that although he doesn’t doubt gold could reach $1,300 an ounce, “it will not be done on any fundamental demand, but more on technicals.”

And although he is a major shareholder (5.24 million shares) in SPDR Gold Trust (NYSE:GLD), and holds positions in gold stocks such as Market Vectors Gold Miners (NYSE:GDX) and Market Vectors Junior Gold Miners (NYSE:GDXJ), George Soros has been warning of a bubble in gold for some time. Mr. Soros acknowledges the current bull market in gold (as his investments clearly show!), however he sees gold as “the ultimate bubble, which means it may go higher but it’s certainly not safe and it’s not going to last forever.”

In terms of physical demand fundamentals, despite being in the midst of the holiday season in India, demand for the yellow metal from the world’s largest consumer has fizzled on higher prices.  “Asian buyers tend to pull back purchases on new highs,” said Tom Pawlicki, an analyst at MF Global Ltd.

Some analysts have pointed out that gold has few end users and a healthy above-ground supply, so why has it shown so much strength in the last few years?

In a recent Financial Times article, Jonathon Spall, Director of Commodities Distribution at Barclays Capital, gave a very poignant reason for gold’s appeal and its ability to surge ahead to record breaking prices despite a lack of strong fundamentals.

“The fundamentals of gold are hardly compelling,” Spall writes. “However, there is one unique feature of gold that is possessed by no other investment and which ensures it is an investment of choice for many: its place in human psyche.” As long as greed and fear continue to dominate the investment landscape, and as long as global economic uncertainty continues to permeate the markets, gold will continue to hold favor.

What Was the Highest Price for Gold?
Ways to Invest in Natural Gas
10 Top Cloud Security Companies
What is Uranium Investing?