Many analysts are speculating that the dollar will rebound next week after Friday’s report, curbing gold demand and furthering its rangebound predicament. 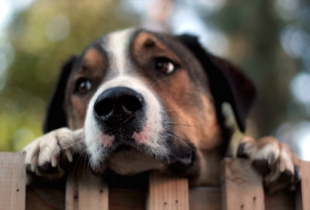 After days of losing ground and trading sideways, the price of gold got a shot in the arm Wednesday morning as the dollar slipped on the euro and disappointing private sector job numbers. Gold was up to $1117 an ounce by 9am EST, breaking through the $1112 resistance level, but whether the yellow metal can maintain the rally remains to be seen.

Yesterday, the word on the street was gold would continue to trade sideways before the weekend as the market remained unsure as to what Friday’s US employment data would reveal; so, count today’s mini rally as unforeseen.

Many analysts were speculating Tuesday that the dollar would rebound next week after Friday’s report, curbing gold demand and furthering its rangebound predicament.

And that’s what was playing out Tuesday afternoon as gold slipped near the $1100 mark with the euro losing its earlier gains against the dollar on renewed concerns Greece’s bond gamble won’t pay off.

US consumer confidence reports for March also gave the dollar a boost Tuesday, leading to profit-taking in gold.

But Wednesday morning, despite reaching a three-month high against the yen, the greenback fell against a basket of currencies and the euro after private sector data showed a loss of 23,000 jobs, giving gold a welcome boost. The numbers were especially disappointing considering the market was anticipating an increase of 40,000 jobs.

For now, the market is still looking toward Friday’s US employment report; however, we’ll probably have to wait until next week after the Easter holiday to see what impact it will have on the dollar and ultimately gold.

For now, traders are expecting the report to show job creation at about 190,000 for March after a loss of 36,000 jobs in the previous month. While that high number would represent the most job creation for one month in three years, don’t get too excited about job recovery just yet; that number will most likely include 150,000 temporary US census jobs.

The dollar is expected to rally on the report, sending gold prices lower. We’ll see if the dollar bulls are right come early next week.

Despite achieving its sixth straight quarter of gains, the precious metal remains more than $100 below its $1,226 an ounce record high hit back in early December 2009.

Gold has been rangebound for several weeks now between $1060 and $1120 an ounce, and some analysts are predicting that will be gold’s story for the rest of the year; so much for $2,000 an ounce.

Gold has received a lot of support from safe-haven buying tied to debt troubles in the euro zone; however, the dollar is also benefitting from a depressed euro, forcing gold to lose anything it gains.

“We now have what market experts call a sideways market, where indices trade in a relatively narrow range, struggling to break through critical top and bottom barriers,” explains The Globe and Mail’s Simon Avery.

Other concerns weighing on gold include rising real interest rates, according to analysts with an eye on Treasury Inflation-Protected Securities (TIPS). “Real yields from TIPS have been increasing lately. Rising real yields increase the opportunity cost of holding gold, so this could exert downward pressure on the gold price,” said Eliane Tanner, Credit Suisse commodities analyst.

The general consensus is that gold’s fundamentals just aren’t strong enough to compete with the dollar and the yellow metal has nothing on which to gain traction for now. Gold bugs would do best to plug their ears in order to avoid the rising cacophony of bearish sentiment:

“There is no big defining element in the market right now, as there is sufficient sovereign risk worries to keep the market depressed through a strong dollar,” said James Steel, HSBC chief commodities analyst.

“As we enter the second quarter of the year, downside pressure from weak seasonal demand should ease, although upward potential is also expected to be limited,” said Stefan Graber, Credit Suisse Group analyst. “Investors should expect price gains for gold in 2010 to be considerably smaller than in 2009.”

“Overall, I don’t think that gold is necessarily poised for another round higher,” said David Moore, Commonwealth Bank of Australia commodity strategist. “People are reluctant to take it higher from the general level in the absence of some further significant change in fundamentals or other views.”

I know this is depressing (blood-boiling?) news for my gold bug friends, so here is a report from the World Gold Council to cheer you up: Gold’s Low Correlation to Other Asset Classes.