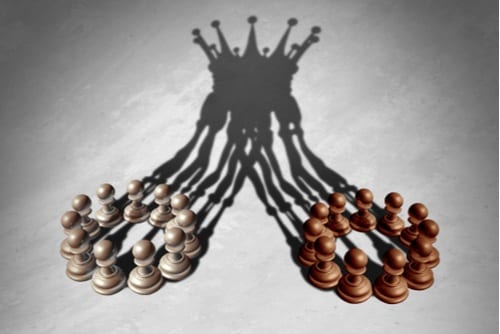 The combined company would have overseen three flagship assets — the Sukari, Hounde and Ity mines — across three African nations, as well as several advanced-stage projects.

According to the announcement, Endeavour has attempted to engage Centamin on three occasions, once in October and twice in November, prompting the company to release the terms set out in the proposal.

In it, Endeavour values the entire issued share capital of Centamin at C$2.5 million.

If Centamin agrees to the offer, the merged mining companies would become one of the top 15 gold producers in the world — with 2019 outputs topping 1.2 million ounces.

“We firmly believe that the proposed combination between Endeavour and Centamin provides a compelling value creation opportunity for both sets of shareholders which is superior to what can be achieved by each company on a standalone basis,” he said.

Beckett went on to explain why his company decided to forgo more engagement attempts, as Centamin works to evoke a standstill agreement, known as a preemptive strike during a hostile takeover.

“A standstill would have the effect of precluding us from taking the proposal to shareholders if the proposal was not seriously considered by Centamin,” he said. “We have therefore decided that, due to the strong merits of the merger and its potential to create value, it is necessary to make public our proposal so that the voices of shareholders are heard.”

In a press release issued today, Centamin has acknowledged receiving the offer, and noted that it had reviewed the proposal with its legal and financial advisers. The company states that due to the publicly available information about Endeavour the merger would not be mutually beneficial.

According to Centamin, “(T)he terms of the proposal provide comparatively greater benefit to Endeavour’s shareholders, do not adequately reflect the contribution that Centamin would make to the merged entity and that Centamin is better positioned to deliver shareholder returns than the combined entity.”

With these factors in mind, the board has unanimously rejected the proposal and advises all shareholders to take no action in relation to the offer.

The combined company would have overseen three flagship assets — the Sukari, Hounde and Ity mines — across three African nations, as well as several advanced-stage projects.

A merger would have also established one of the largest exploration portfolios on the continent.

Sébastien de Montessus, president and CEO of Endeavour, highlighted his company’s recent turnaround in its asset portfolio as evidence it was up to the task to merge with Centamin and initiate the next step in its growth strategy.

“We believe that the Centamin’s shareholders are currently disadvantaged by the Sukari mine being managed within a single-asset portfolio, by the recent operational challenges and the ongoing leadership transition at Centamin,” he said.

It is unclear how Endeavour will proceed from here. Shares of the gold miner were down 4 percent on Tuesday (December 3), trading at C$24.72. Meanwhile, Centamin shares climbed 11 percent to sit at C$2.20.

4 Platinum Uses for Investors to Know
From Mega to Mid-tier: Tracking the Path of Gold M&A Activity
May Daze: Money-making Mergers in the Gold Space
Gold and COVID-19: Who’s Reacting and How?

2 responses to “Endeavour Merger Proposal Shot Down by Centamin”