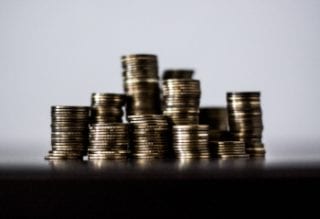 Ian Ball, president and CEO of Abitibi Royalties, explains why he believes the royalties space is compelling and outlines his company’s 2017 plans.

By most accounts a turnaround in the resource space is now well underway, and the change in sentiment has brought investors surging back into the market.
Gold companies in particular have benefited, with major miners like Barrick Gold (TSX:ABX,NYSE:ABX) and Agnico Eagle Mines (TSX:AEM,NYSE:AEM) recording impressive year-over-year share price increases. As of the end of March, those two companies were up about 39 and 18 percent, respectively. McEwen Mining (TSX:MUX,NYSE:MUX), a smaller gold miner, was up around 62 percent, and Kinross Gold (TSX:K,NYSE:KGC) was up 5 percent.
Those gains are impressive, but according to Ian Ball there’s an even better way for gold-focused investors to make money. Ball is president and CEO of Abitibi Royalties (TSXV:RZZ), and he believes the royalties space is where investors should be. “I think whether you’re in an up market or a down market for gold, on average royalties companies will deliver a superior return [compared to] producers,” Ball told the Investing News Network.
In his opinion, Abitibi is a particularly compelling royalties company. “I’m obviously biased, but when I look at the landscape of companies our size, I don’t see one with any similar attributes,” he said, adding, “I can’t think of any other junior miner with a market cap of $100 million and a share price above $9.” The company’s share price has soared about 140 percent in the last year.
Abitibi also has no debt, and holds cash and shares with a market value of about $45 million. And while it won’t begin making money from the royalties it holds until next year, Ball said he expects the company to generate cash flow of $2 to $2.5 million this year from its investment portfolio. What’s more, Abitibi is currently working to tighten its share structure through a buyback program.


Give me my free report!
According to Ball, Abitibi’s connection to the Canadian Malartic mine is a key element of its success. Located in Quebec, it began producing in 2011 and is now one of Canada’s largest gold mines. Originally the mine was owned by Osisko Mining, but major miners Yamana Gold (TSX:YRI,NYSE:AUY) and Agnico Eagle took over the company in 2014, launching the Canadian Malartic Partnership to operate it.
Exploration at Canadian Malartic is ongoing, and Abitibi holds net smelter return (NSR) royalties on several parts of the property. Those include a 3-percent NSR on the eastern portion of the mine, which includes the Jeffrey zone and Barnat extension, and a 3-percent NSR on the Odyssey North discovery. Production permits are pending at Jeffrey and Barnat, and Odyssey North has returned impressive drill results.
Odyssey North in particular will be a key driver for Abitibi this year, said Ball. “The operators have announced that they’ve discovered a new zone at Odyssey. It’s called the Internal zone, and there have been some pretty significant drill intercepts there.” A 100,000-meter drill program is currently taking place at the discovery, and though Ball said the impact of that work won’t become clear until a new resource calculation for the project is completed, he has high hopes. “We’re obviously a direct beneficiary of all the success … at Canadian Malartic.”
Ball also noted that the production permits at the Jeffrey zone and Barnat extension are expected to come through before the end of June. He commented, “our cash flow [would then] begin to increase. That’s another key thrust for us.”
Canadian Malartic’s operators are also looking to put a number of different areas of the property into production between 2018 and 2020, said Ball. “We have royalties on several of them. We’re waiting to see how much they’re able to advance those different areas,” he explained.


Give me my free report!
But while Canadian Malartic is certainly key for Abitibi, the company has royalties on a slew of other properties as well.
When asked what criteria management uses to determine which properties to pursue royalties on, Ball listed several factors, with the main one being that properties should be next to producing mines. “From a royalty perspective … when [properties] are adjoining a mine that’s already in production, a lot of the infrastructure is already there,” he explained. “Should a discovery be made at one of these properties, the logical buyer would be the operator of the mine next door.”
Recent acquisitions include royalties on projects near Goldcorp’s (TSX:G,NYSE:GG) Red Lake mine and Pure Gold Mining’s (TSXV:PGM) past-producing Madsen mine, as well as royalties close to the Rainy River and 777 projects, both of which are owned by New Gold (TSX:NGD,NYSEMKT:MGD).
Ball also identified geology and historical exploration as important factors. In other words, a property should have geology similar to the mine it’s in close proximity to, and some successful historical exploration should have taken place. “When you combine all three … it only helps the odds of success.” Abitibi is most interested in projects in North America, though it does hold a royalty on one project in Turkey.
All that said, Ball emphasized that for Abitibi the true upside right now is the work that’s going on at Canadian Malartic. The company’s other royalties “are potentially valuable lottery tickets,” he said. “We’ve only spent $195,000 to buy 18 of them. If none of them work out it’s not a big deal. But if one of them works out it’s a real positive.”
Only time will tell whether the company’s royalties bets will pull through. For now, Ball is optimistic. “The royalties companies were … building their asset bases in the down market,” he concluded. Now it’s time for them to reap the benefits.

Securities Disclosure: I, Charlotte McLeod, hold no direct investment interest in any company mentioned in this article.
Editorial Disclosure: The Investing News Network does not guarantee the accuracy or thoroughness of the information reported in contributed article. The opinions expressed in these interviews do not reflect the opinions of the Investing News Network and do not constitute investment advice. All readers are encouraged to perform their own due diligence.