Sand and gravel may not be sexy, but 270-percent jumps in stock prices are eye-catching. 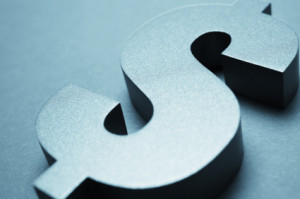 Aggregate mining is not a glamorous business, but it’s worth a lot of money.

Aggregate production — mining of ordinary stone for construction — fetched nearly $17 billion in the United States in 2012, according to the US Geological Survey.

To put that into perspective, the copper industry in America was worth only $9 billion during the same year. And even though the US is a top gold producer — putting out $12.6 billion worth of bullion in 2012 — that output wasn’t close to beating aggregate.

Not only is aggregate a big business, but it’s also on the rise. While demand for many mined products has stalled, the need for sand and gravel is surging for the first time since the financial crisis in 2008. That signals that the industry may be an unexpected moneymaker in an otherwise subdued commodities sector.

How can the digging of crushed bits of rock be such a big business? And what do producing companies need to do to make a profit in the sector?

Crushed stone is cut from quarries and then pulverized into workable-sized pieces. The lion’s share is used for road construction, but some crushed stone also goes into cement and lime manufacturing.

The other big aggregate product is sand and gravel — natural deposits of small rock pieces that can be used with little or no processing.

Construction is again the big driver for this business. Most sand and gravel is used to make concrete or asphalt. A good chunk also goes to building and stabilizing road bases.

In 2012, estimated prices for both crushed stone and sand and gravel hit all-time highs in the US, with a metric ton (MT) of crush selling for $9.78, while sand and gravel went for $7.65 per MT.

The record prices came along with an unexpected rebound in construction demand.

Demand stayed flat through 2010 and 2011, despite talk of big, stimulus-related infrastructure spending for construction projects.

But things have shifted gear during the past year. In 2012, crushed stone consumption jumped by 80 million MT, or 6.7 percent, the first increase in consumption since 2006.

Why are aggregate prices hitting records even as consumption — while growing — still remains well below the salad-days levels seen before the financial crisis?

In short: it’s getting harder and harder to open a gravel pit these days.

With environmental and permitting regulations on mining becoming ever more strict, there are a lot of hoops to jump through to put even a small aggregate pit into operation. Especially because these mines are usually located near cities, where construction demand is. Urban dwellers simply don’t want to live next to a hole with noisy machines. Protests over new pits mean fewer are getting built.

In the sand and gravel business, for example, although prices have increased 35 percent between 2005 and today, the number of mining operations across the US has stayed constant, at around 6,500.

American sand and gravel production therefore sits at 842 million MT yearly, a hair below the 845 million MT consumed annually throughout the nation.

For more mechanized crushed-stone operations, the lack of new mining is even more apparent.

While new crushed-stone quarries have been opening — the number in the US stands at around 4,000, up from 3,100 in 2005 — production is not keeping pace with demand.

In fact, America actually imported a small, but significant, amount of crushed stone during the year: about 14 million MT.

The biggest challenge for the business is transportation: how to move product from easier-to-permit pits in less-populated locales to high-value construction markets in big urban centers.

Rail — a common solution for moving commodities like base metal concentrates — generally doesn’t cut it for less concentrated aggregate products. Only 1 percent of aggregate sold in the US is moved to market by train.

A more viable solution is marine transport. Producers in the Bahamas use this method to ship a few million MT of stone, sand and gravel to US markets each year.

On the same note, Polaris Minerals (TSX:PLS), operator of the Orca quarry and a major shareholder in the Eagle Rock quarry project, both of which are situated on the coast of Vancouver Island, ships its product to major coastal markets in BC, California and Hawaii. It plans to extend its reach through the active development of further port receiving terminals.

Similar opportunities exist for companies with deposits near shipping channels. Highbank Resources (TSXV:HBK) is eyeing this approach to access sand, gravel and hard-rock aggregate resources at its Swamp Point project, which sits on tidewater near Stewart, British Columbia.

While shipping could be an option, the company may not end up having to send its aggregate far from home. With the development of large, liquefied natural gas projects planned for the nearby Prince Rupert area, there may be significant local demand for building materials.

That represents another potential strategy for aggregate developers: build mines in industrial areas, close to demand and far from objecting homeowners.

Sand and gravel producer Athabasca Minerals (TSXV:ABM) has gone this route. The company operates pits in the midst of the Alberta oil sands, a major demand center.

Athabasca sold nearly 11 million MT of aggregate in fiscal 2012, driving net income of over $4.7 million and leading the stock to as much as a 270-percent gain during the past year.

That’s just a reminder of what the potential could be in a “boring” and often overlooked sector.