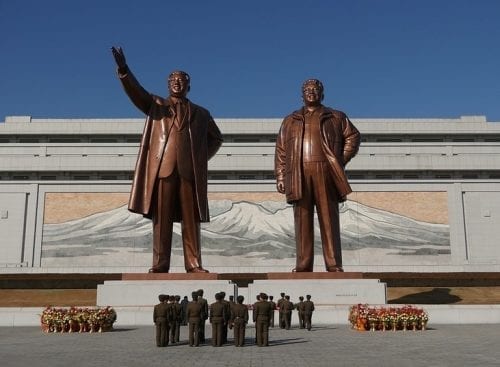 Independent speculator Lobo Tiggre says that any excitement about the potential of North Korean mining is well and truly premature, with a whole stack of milestones ahead of access, security and profitability.

With peace overtures between the US and North Asia’s perennial thorn in the side, North Korea, investors might find themselves asking if it’s time to start speculating on the mineral wealth that the reclusive country might hold.

An entire country cut off from the outside world, long speculated to be home to US$6 trillion in minerals — is it truly time to dream?

Tiggre says that any hype around the potential riches North Korea could offer is premature, but with “ridiculous numbers back in the news cycle” he had to address the topic.

“First off, it’s crazy to put a number on it [resource estimates],” said Tiggre. “It’s completely true — and completely useless — to say that whatever is there could be worth US$6 trillion. It could also be worth US$1. It could be anything.”

He told the Investing News Network that “giving a specific number like US$6 trillion gives the impression that some smart fellow has done the math and that huge untapped wealth really is just sitting there, waiting for investors” — which nobody has, and it isn’t.

For investors there are too many unknowns and variables shrouding the mineral potential of North Korea. Tiggre said the first problem for any investor is a lack of rule of law — that being a scenario where laws are above the ruler — a situation that does not exist in the brutal dictatorship.

Besides the rule of law, North Korea is beset with unknowns that throw up red flags at every turn for an investor doing due diligence, including (or lack thereof) the mineral rights system, permitting, regulations, taxes and royalties, banking systems and investors’ abilities to protect their rights in local courts — all important factors that are either unknown to investors or simply non-existent.

“But let’s say the dictator dictates that North Korea will do everything necessary to implement all that so it can start benefiting from its supposed mineral wealth. That would still leave those challenges specific to developing resources in the undeveloped world,” said Tiggre.

He said there are multiple milestones North Korea would have to pass before investors could get serious, including a new constitution, free elections, new mineral laws, opening up bidding on mineral concessions “in a free and open way” and finally being able to show that businesses “can operate freely and get contracts enforced.”

The odds are too long, and it’s too early for any hopes, said Tiggre, who added that even if some changes are made, investors can’t be safe unless each milestone can be met, and even then there are still too many “ifs” in the equation.

“Businesses might be able to move in and profit … until the dictator falls and the new regime arrests everyone who did business with him. This happens in African countries all the time,” he explained.

Brave speculators that want to get in ahead of anyone else are out of luck too, said Tiggre, who commented, “if I flew there tomorrow and got some piece of paper saying I had certain mineral rights, what are the chances that paper will be worth anything after all the legal changes?”

On his website Tiggre points to Afghanistan as a precedent in the North Korean case: a country with vast wealth and promise that truly meant little in the end because there were none of the qualities investors need to make money — “and that’s not to mention the complete lack of physical security.”

There’s little wonder some investors and speculators might be excited about the possibility of Pyongyang opening up to investment. As mentioned, South Korean state-owned mining company Korea Resources has put a price of US$6 trillion on the north’s reserves, with the money sitting in the form of iron, zinc, nickel, gold, coal and just about everything else on the market.

In 2014, the US Geological Survey reported that North Korea exported 106,000 tonnes of lead ore and 19,000 tonnes of zinc ore, with neighbor China soaking up all of it.

In the same report, the US Geological Survey notes that mining is the country’s only lucrative source of income, but dilapidated infrastructure and a high level of risk limit the sector’s future.

On North Korea’s future, Tiggre said that reunification is “the best thing North Korea has going for it” because it would mean there would be people in both Koreas working together to overcome obstacles in equalizing the economies of the two nations and potentially opening up the mineral wealth to investors.

“Unified Korea may become an economic superpower in the future, and North Korea’s possible mineral wealth may help, [but it would be] a multi-decade undertaking.”

So not anytime soon.