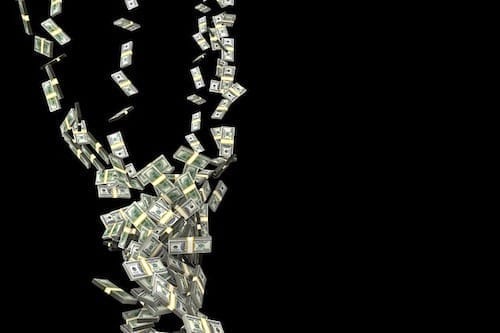 A recent study from PDAC highlights the connection between commodity prices and financings in the resource space. Glenn Mullan weighs in here.

Junior miners face a huge number of challenges, but financing is arguably at or near the top of the list for many of these early stage companies.

One oft-cited set of statistics is that out of every 10,000 mineral prospects just 10 percent will be drilled, and an even smaller 0.01 percent will lead to a new mine.

Access to capital is a major part of moving projects forward, and a recent study from the Prospectors & Developers Association of Canada (PDAC) highlights the close relationship between the state of the resource space and access to capital.

“Commodity prices drive everything,” Glenn Mullan, president of PDAC, told the Investing News Network via phone. “That’s not just true on the down side … across the whole spectrum of commodities what this report really shows is that commodity prices drive first the level of financings and then as a consequence of the financings, more exploration.”

Case in point: funds raised globally for the mineral sector declined by 56 percent from 2012 to 2016 as the industry went through a lengthy downturn.

But as commodity prices began to rise in 2016 and 2017, companies had more luck raising money, with worldwide funds raised for the industry jumping 61 percent year-on-year in 2017.

Mullan is encouraged to see financings beginning to increase again, but pointed out that “when you break it down you also see that a large part of that is debt financings, so not equity, not traditional private placements.”

As he explained, “the debt side … doesn’t really apply to the most junior of mining companies. They don’t use debt to finance grassroots exploration because they can’t.” That means the increase in financings seen from 2016 to 2017 is “a bit of a red herring because it raises the total amount, but it’s mostly concentrated for very large-scale projects.”

These smaller companies are more likely to turn to equity financing, which has “more or less flatlined … it hasn’t changed that much in the past few years. It’s rising, but only modestly.”

Of course, he noted, the recovery in spending has only just begun — even though there’s been a “substantial increase in activity,” there’s still “a long way to go to get back to where we were.” That means it could just be a matter of time before grassroots exploration begin to rise. “It could be that we’re just too early … to see an improvement there,” Mullan said.

Moving forward, PDAC will use the research outlined in the report as part of its advocacy efforts. Mullan said that the document will become part of the organization’s discussions with Canada’s Ministry of Finance and its provincial counterparts in the months to come, commenting, “it’s natural that this research precedes all the structural things that follow.”

As for what investors should take away from the report, Mullan noted that while companies focused on battery minerals like lithium and cobalt are raising increasing amounts of money, that doesn’t mean they are overshadowing old stalwarts like gold. “Gold still represents about half of all the exploration done globally, and about half of all the financings done globally.”

Overall, he encouraged optimism tempered with caution. “All of the indicators are seemingly more favorable — commodity prices up, financings, exploration up. That’s true in Canada, it’s true internationally,” Mullan said.

Nevertheless, “it’s no time to get smug. It’s definitely a better place to be than where we were for the last five years, but we’re a long way from historical highs.”

One response to “Is Money Available for Junior Miners?”