For decades the tin market has moved from one crisis to another, and the current world recession is now raising new challenges for all stakeholders in the industry. In the short-term the market is again oversupplied, but in a few years the situation could change dramatically. Though global demand for tin has fallen rapidly to an estimated 350,000 tonnes in 2008, the 15 tin companies listed on the ASX are doing extremely well. Check out an overview. 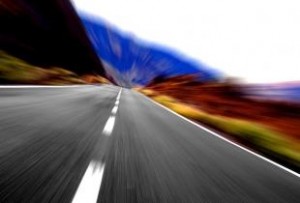 Due to domestic demand for domestic steel price, the price of tin plate has soared. The latest monthly EXW price of Xindzhong Steel Sheet in the East China region showed continued stocking increasing up CNY 200 per tonne around over last month.

Currently 0.2×800mm of tin coil price is CNY 6,900 per tonne including tax, accumulatively lifted about CNY 400 per tonne in 2 months. The company said that with the growth of other steel prices, the tin plate price also increased.

However, sources added that Baosteel-made tin plate price dropped this month over last month, such as 0.2×800mm of tin plate, down from CNY 8,000 per tonne to CNY 7800 per tonne.

For decades the tin market has moved from one crisis to another, and the current world recession is now raising new challenges for all stakeholders in the industry. In the short-term the market is again oversupplied, but in a few years the situation could change dramatically.

Although world tin consumption is forecast to start recovering in 2010, a strong bounce-back is only likely from 2011, analysts state. A return to longer-term trend growth rates in 2012-2013 would result in annual consumption rising to 385,000 tonnes by the end of the forecast period. Almost all the growth in demand is likely to be in China and other emerging Asian markets, ITRI has noted in its latest report, with both solder and tinplate usage increasing.

World mine production surged to an historical peak of over 320,000 tpy in 2005 and 2006, but has subsequently been declining. The fall has been accentuated by the global financial crisis, which has also caused delays or cancellations of new project development.

Indonesian mine production has slipped from a 2005 peak of close to 140,000 tonnes to below 90,000 tpy. Although there is ongoing investment in new offshore dredging capacity, depletion of easily accessible reserves currently worked by small-scale miners is likely to result in a continuing decline in output, note traders.

Sydney-based Resource Capital Research (RCR) notes that the global demand for tin has fallen rapidly to an estimated 350,000 tonnes in 2008. But the 15 tin companies listed on the ASX have done well.

RCR flags that several tin companies could be gearing up to raise more money- Wolf Minerals (WLF) for one is re-opening the Hemerdon Ball mine in Cornwall, as well as for Australian projects owned by Consolidated Tin Mines (CSD), Malachite Resources (MAR) and Metals X (MLX).

Minemakers Ltd (MAK) was down AUS$ 0.48, with a 52 week high of AUS$ 1.65. Minemakers has established a portfolio of exploration projects, located in various parts of Australia. These include the West Southdown and Frankland River Iron project and the South Yilgarn nickel/gold project. The company has also acquired Australia’s largest fluorite deposit at Moina in Tasmania.

Venture Minerals Ltd (VMS), an Australian-based mineral exploration company has raised $8 million to advance the Mt Lindsay Project. The raising follows Venture’s recent announcement which detailed results from the company’s first independent scoping study which confirmed that the area would deliver seven years of mine life and over $700 million in net cash.

Following the successful completion of the $8 million capital raising and the recent receipt of favourable results from the scoping study, the company now plans to complete a major drilling campaign over the coming months.