25 Indonesian tin producers have extended the ban on tin exports until year-end. 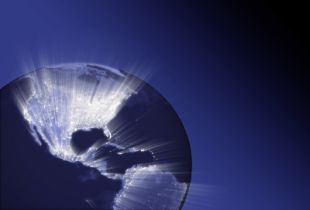 The price of tin has remained relatively flat over the past month despite a self-imposed ban on production from Indonesian tin producers. As of November 8 the price of tin on the LME for cash buyer was $21,195 per tonne. The price has been in a general uptrend since October 18 when the price went below $21,000 per tonne, which may be in response to the confusion over the Indonesian export ban.

There are good signs for the tin market going forward. Global demand for tin is expected to surpass the record high of 2007 over the next few years. As demand is rising, mine production of the metal has been declining with only secondary tin production to make up the gap. Uncertainty in the global economy remains a major downside risk and indicator that tin prices may be at or near-bottom.

In October, the largest Indonesian tin producers instituted a self-imposed ban on exports until the price of tin eclipsed at least $25,000 per tonne. There were some conflicting statements on when the ban would be lifted causing some confusion in the market. However, it is now reported that the 25 tin smelters in Indonesia are united and have agreed to extend the export ban until year-end to boost prices.

“This may provide a long-term floor for prices,” said Eugen Weinberg, head of commodities research at Commerzbank AG. Weinberg added, “It is likely to tighten the global tin market further in the medium term. We think most of the miners are going to implement the ban due to the tight state control.”

The Indonesian ban may cut LME inventories of the metal. Peter Kettle, research manager with England based ITRI stated that the inventories may drop to about 10,000 tonnes by year-end. As of now the LME inventory stands at 14,990 tonnes. On the LME the tin market, open interest has hit a record, surging to 2.67 million lots. The average daily volume is 567,000 lots, a gain of 21 percent over last year. The previous record was set in Dec ember 2008 with 2.57 million lots.

The rise in open interest with the price gains made since October 18 is a bullish sign for the price of tin going forward. As inventories are drawn down, coupled with the lack of new mine supply coming from Indonesia puts pressure on supply, the price should be set for healthy gains.

ITRI released and industry prospectus which outlined a new record high for tin as a strong possibility over the next 3-4 years. ITRI anticipates the global demand for tin will hit 400,000 tonnes in 2015, with decreasing supply from not only Indonesia, but China to push prices to a record. The study identifies approximately 60 new “relatively low-grade primary deposits” that have the ability to add over 100,000 tonnes/year of new supply. However, ITRI has stated that “the increased costs of production on these and other tin deposits may push up the industry’s equilibrium price.

“Looking at the current situation, prices should be at $24,000, but it has not reached this level even though LME stocks are limited and demand remains constant,” said Rudi Irawan, Chairman of the Indonesian Tin Industry Association.

He is not alone in the view that the current tin price may be lower than the fundamentals suggest. In a recent presentation, Wayne Bramwell of Kasbah Resources (ASX:KAS) stated that he expects the price of tin to hit $25,000 per tonne this year. However, investor sentiment is still relying on a resolution to the euro debt crisis.