As the old adage goes, “The only cure for high prices, is high prices.” The fundamentals of the tin market are showing this statement to be true. The high price in April prompted a sell-off of stocks in China. Now that the price is depressed Indonesia has ban exports hoping for a higher price. 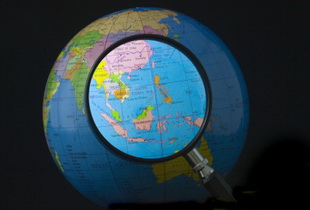 As the old adage goes, “The only cure for high prices, is high prices.” The fundamentals of the tin market are showing this statement to be true. While the price of tin skyrocketed over $33,000 per tonne on the LME in April on the prediction of a market deficit, since the high prices have been steadily falling. Last week the price hit a low of $17,000, equal to the price in June 2010. Currently the tin prices have been rebounding, currently on the LME the price for cash buyer is $22,245 per tonne.

Attributing factors to the volatility of the tin market are high prices, which have lead Chinese smelters to sell off stocks. Another contributing factor to price movements has been the Indonesian ban on exports, and subsequent reports claiming the ban being lifted.

The narrative for the start of the year was focused on a deficit developing in the tin market. This helped the price soar to over $33,000 per tonne. However, as the price rose Chinese stocks were exported, reducing the deficit, and drawing down prices.

“It took some forensic statistical analysis by tin body ITRI to find the explanation — namely that Chinese smelters were selling off stocks accumulated in 2009 and that the metal was leaving China in a form that didn’t make it into the headline export numbers,” reported Andy Home, for Reuters.

Now that the price of tin has been drawn down buying has resumed. Over 26 percent of the LME stocks are cancelled warrants marked for delivery, presumably to China as Chinese imports of tin rose in August, up 123 percent month-over-month. However, imports are still down 44 percent year-over-year.

In early October Indonesia’s largest tin producer, PT Timah, and 27 other tin producers announced that they would halt tin exports. The announcement, aimed to help prices rebound, stated that overseas shipments were only to resume once the price reached $25,000 per tonne. Since September 26, the price of tin is up 20 percent.

However, in a departure from the original plan, reports stated that Indonesia is ready to begin shipments once again. While prices have yet to come close to the $25,000 mark the company is confident that prices will rise to that level soon.

“Next week we expect the global price of tin could be… $25,000 a tonne, (and) if the price (is) that much, then next week we are ready to do the delivery,” Johan Murod, general secretary of Indonesia’s Tin Industry Association. Murod added that the initial shipment would total around 500 tonnes.

There is no telling when Indonesia will begin the shipments because the announcement sent the price downward from $23,000 to $22,245 per tonne.

The Jakarta Globe reported that Timah’s corporate secretary Abrun Abubakar has denied the reports of the ban being lifted, “He said Timah was in negotiations with some of its major customers to set a new price and the export ban still stood.”

With prices well below the $25,000 mark, it is unlikely that shipments will resume. The price fell on the unsubstantiated headline alone. If the shipments were to take place currently, prices would more than likely fall even further. If Indonesia’s ban continues, the price should continue to rise until shipments actually begin.