A police crackdown on illegal tin mining in Indonesia, including in Bangka-Belitung islands, has cut ore supplies. Analysts maintain the current crack down may not be as severe as the one in 2006, which halted tin production at small smelters for months, mainly because the government has tightened tin export rules. Moreover, PT Timah Tbk and PT Koba Tin, a unit of Malaysian Smelting Corp, were not affected by the crackdown. 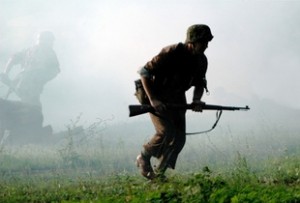 Mining and smelting operations of PT Timah Tbk and PT Koba Tin, which account for about 60 per cent of Indonesia’s refined tin output, have not been hit by a new crackdown on illegal mining.

Abrun Abubakar spokesman of PT Timah told Reuters that tin ores supply remains normal.”Miners do not stop their activity because of the crackdown because they work in our concession.”

He said that Timah supported the police action as it would help reduce illegal mining in its concession. An official at the firm said that operations at PT Koba Tin are also normal. He said “Mining activity is running normally. Tin ore supplies from sub contractors are unaffected. We are confident of achieving our production target this year.”

Dozens of small tin smelters closed after police launched crack down on illegal tin mining and smelting on Bangka Island in October 2006 and announced new rules for tin miners.

Both PT Timah and PT Koba Tin have faced allegations of illegal tin mining in the past, although courts have ruled that they were not guilty. PT Timah and Koba Tin also source tin ores from small miners who mine tin ores in their mining concessions.

On Tuesday, Indonesian police said they have arrested nine tin ore collectors in a move which which may force smelters to remain shut for longer. Pipit Rismanto, head of the special crime unit in the Bangka-Belitung Police, said the crackdown was launched over the weekend on Bangka island, when nine people were arrested and eight tonnes of tin ore confiscated.

The collectors were charged for conducting illegal mining under the new mining and coal law passed in December, which carries a jail sentence of up to 10 years and a fine of 10 billion rupiah ($1 million).

Johan Murod, a director of tin consortium Bangka-Belitung Timah Sejahtera, which consists of the seven affected smelters, said none of its members have resumed operations.

The tin members of Bangka-Belitung Timah Sejahtera have a combined capacity of around 2,800 tonnes a month.

But analysts said the current crack down may not be as severe as the one in 2006, which halted tin production at small smelters for months, mainly because the government has tightened tin export rules and because easily-accesible onshore tin reserves have shrunk.

In addition, key tin smelters state-owned PT Timah Tbk and PT Koba Tin, a unit of Malaysian Smelting Corp, were not affected by the crackdown. The current crack down may not affect on global tin prices as weak demand still weighs on the market, analysts said.

UK-based tin consultant ITRI expects a surplus of 15,000 tonnes this year due to slow demand, and predicts consumption will start recovering in 2010.

The price of tin, which is widely used in food packaging and to solder electronic products, has climbed nearly 33 per cent so far this year, to $14,175 a tonne on Tuesday, but is still about 44 per cent below its record high of $25,500 a tonne hit in May 2008.

Despite that, the company plans to buy six dredging vessels to raise tin output from offshore mining to 50 per cent or more of total production in 2010, corporate secretary Abrun Abubakar said.

Having slashed capital spending to Rp 325 billion this year, PT Timah will spend US$ 45 million next year on new dredges alone. Much of this year’s capex is related to the construction of a new tin chemicals plant in Java.

President Director of Timah Wachid Usman said that the company will purchase five cutter suction dredges worth US$ 15 million in total and build a deep-water bucket wheel dredge worth US$ 30 million.

“For the expansion plan next year, it goes on. But now we still focus on the ongoing of the existing downstream business development plan,” he said. There are currently 36 cutter suction dredges operating on Timah’s mining leases (32 of which are operated by contractors), as well as the company’s 12 large bucket ladder vessels.

Timah is expanding its offshore mining operation to anticipate a decline in its tin deposits on land, Company Secretary Abrun Abubakar told Bloomberg.

Metals X announced that it has agreed to an interim funding proposal from its largest shareholder APAC Resources. The 15 per cent placement will raise A$16 million and see Hong Kong-based APAC increase its shareholding to approximately 28.3 per cent of MLX.

The deal follows the one announced in late July under which MLX will put its Tasmanian tin assets into a joint venture with Yunnan Tin Group. The YTG transaction is expected to be settled by the end of October.

In its latest statement MLX notes that “this deal will see MLX sell YTG an initial 50 per cent of its Tasmanian Tin assets for A$50 million in cash and then work with Yunnan to improve and advance those assets, including strategic opportunities to develop the large Rentails tailings re-treatment project using the proprietary technology and expertise of its new partner.”

Moreover, Proactive Investors reported that Metals X will make a 15 per cent placement to APAC Resources Limited to crystallize value of tin assets. Subject to shareholder and FIRB approval, APAC will increase its shareholding to 28.3 per cent of MLX.

According to official figures, Huanuni produced 4,584 tonnes of tin-in-concentrate in January-June this year. A US$ 40 million project to double milling capacity at the operation to 3,000 tpd is due to be completed by 2011.

Total Bolivian mine production of tin in the first half of this year rose by 5.6% year-on-year to 8,798 tonnes.

Adex Mining Inc (TSX-V:ADE) has provided an update on its evaluation of the North Zone at its wholly-owned Mount Pleasant Mine Property located in southwestern New Brunswick, Canada.

The evaluation will support a scoping study expected to be completed in late 2009. A positive result from this scoping study is expected to lead to the preparation of a definitive feasibility study and a production decision.

As part of this detailed evaluation program, a total of 162 tonnes of mineralized material was collected from rock previously mined from the 600 Adit, which accessed the 1-3 Tin Lode Sub-Zone of the NZ mineralization.

The location and providence of the mineralized material is based upon review of historical documentation associated with the development of the 600 Adit during the 1960’s and is supported by a due diligence review and sampling of the dump mineralized material.