The use of molybdenum in energy projects from nuclear energy to renewable will add new demand pressures on moly over the course of the year. Prices on the LME have been steadily gaining already this year, increased demand will only add to these dynamics. 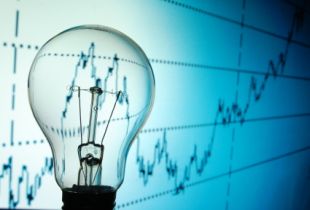 Molybdenum’s main use is in high strength steel alloys. These alloys are used in numerous applications from large scale construction projects, the automotive sector and the energy sector. Molybdenum is irreplaceable due to its ability to reduce corrosion as well as its unique ability for high heat applications. These factors make molybdenum essential in energy projects around the world from nuclear power to renewable energy projects.

In the US plans to build nuclear power plants are heating up as President Obama has called for 80 percent of electricity to be generated from ‘renewable sources’, which includes nuclear power in the plan. As of right now there is 1 plant under construction, 6 planned and waiting for loan guarantees, and 24 proposed plants. Not all of these will make it through the permitting process but “it is expected that 4-6 new units may come on line by 2018, the first of those resulting from 16 license applications to build 24 new nuclear reactors,” according to The World Nuclear Association. If these plants make it through the permitting process the molybdenum market will see a huge rise in demand. Remember 400,000 pounds of moly is need for each power plant.

Mitsubishi Heavy Industries recently shipped two replacement reactor heads to nuclear power stations in the US. These “[r]eactor vessels are made are made of low-alloy steel made of manganese, molybdenum and nickel steel, a combination Mitsubishi said was resistant to the strong pressures inside a nuclear reactor,” reported Scott DiSavino, for Reuters. The modernization and maintenance of US nuclear power plants will continue to add demand for molybdenum.

The need for moly in the energy sector doesn’t end with nuclear power either. If plans to ramp up solar and wind power take off, massive amounts for molybdenum will be needed. This demand will come from the towers used for wind turbines, especially in off shore wind power. CIGS Solar panels use a molybdenum base sheet on which to apply the photovoltaic material. The use of molybdenum in nanotechnology can also significantly increase the efficiency of coal power plants as well as dramatically increase computing speed of microprocessors. This nano revolution was covered on Moly Investing News last week.

Analysts are mixed on predictions for moly. Some have stated there may be a surplus in the market in 2011, however, others see the market for molybdenum in 2011 as strong. “Molybdenum will average $21.75 per pound ($47,850 per tonne) in 2011 thanks to continued strong demand and looming supply constraints,” according to a CPM forecast. Prices for molybdenum on the LME have risen since the start of the year from approximately $37,200 per tonne over $39,600 per tonne, the 15 month seller contacts are at $40,300 per tonne Prices are rising for this essential metal as steel demand is rising worldwide. The added demand from energy projects on top of the rebounding global economy’s appetite for steel should apply upward pressure on price.