Recently molybdenum mining companies stock prices have fallen on fears that Chinese steel demand may be waning, a sign of a slowing recovery.However, most analysis of world markets has steel demand rising through 2012. How will this speculation effect the stock price of profitable molybdenum companies? 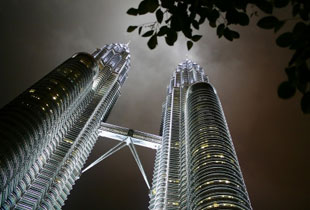 Steel demand has been rising in China for most of 2010. The rise in steel demand has driven the price of molybdenum, which has doubled since the lows of the recession. While almost all reports see the demand for steel in China continuing to rise through at least 2011, recent market data may show a cooling off from initial estimates. The demand will still improve, albeit slightly less than some of the double digit estimates.

Fearing a slower recovery than expected some investors have shied away from the bullish attitude towards molybdenum seen over the first quarter of 2010. For example, prices for Thompson Creek Metals [NYSE:TC][TSE:TCM] have fallen dramatically not because of the companies performance but due to the fears of a slowing recovery.

“Thompson Creek’s first quarter earnings, reported on May 5, were solid. The company earned 17 cents a share… The cost of production fell to $5.36 a pound, and the company saw an average realized sale price of $14.50 a pound.  Revenue for the quarter came to $128 million… But the fear is that orders from China’s huge steel industry for molybdenum… will fall off and prices will decline,” according to Jim Jubak, of Money Show.

Almost every report shows that Chinese demand for steel will rise by 6-8 percent this year.  “Global steel demand is expected to climb 10.7% in 2010 and 5.2% in 2011… China’s steel consumption is expected to increase 6.7% to 579 million tons in 2010. China is expected to remain the largest consumer of metals in the medium term. Hence, the medium-term outlook for metal commodities remains encouraging,” according to a report by Zacks Investment Research.

Other reports show a slight price drop off in iron ore and Chinese domestic steel prices, which may be a sign of a cooling steel market; a revelation that is scaring some investors from molybdenum market.

“Chinese imports of iron ore and Chinese domestic steel prices begin to come off… Chinese domestic prices of steel products have been drifting lower since the beginning of this month,” reports Metal Miner.

Various Chinese investment firms and mining companies have been funding molybdenum operations around the globe, veraciously snatching up almost every opportunity they can get their hands on, in order to control the production price of steel. It seems that the Chinese themselves are bullish on the long term outlook for moly.

While speculation on world steel price and its affect on moly have hurt the price of mining company stock, there are few signs that steel demand will fall off sharply enough to damage the price of moly and not to the severity of the 2008 global downturn that saw prices implode from highs of $30 down to a low of $8. This may be a good time to benefit from cheap stock prices for companies with strong performance, capital and mining production.

Molybdenum mining company Avanti Mining Inc. [CVE:AVT] has made an announcements about their Kitsault mining operation in British Columbia. The operation when fully operational in 2013 will be the 5th largest pure molybdenum mine in the world, accounting for 5 percent of global supply, extracting 24.5 million pounds per year for a life of 15 years.

The company has recently announced a new site for tailings management. Avanti “has identified an alternative location for a Tailings Management Facility for its Kitsault molybdenum project… initial capital costs may be reduced by approximately CDN$50 million to CDN$70 million from the CDN$228 million estimated on comparable components in the Preliminary Feasibility Study,” according to the press release.

Avanti is being eyed by analysts as a winning bet, and a bargain at the current price. “Canada’s Bob Cross of B2Gold and other miners and prospectors is an Avanti director and owns more than five million shares. That makes me feel g-o-o-d. Avanti Mining at a market worth of $30 million is the cheapest Safe Six proposition on this list. Few in the world of specialty metals will give this company respect until Avanti shows it can line up more financing for a project whose total cost probably will run more than $640 million,” according to Thom Calandra, of Ticker Trax.