After the Chinese agreed to fund two Molybdenum companies last week, Thompson Creek Minerals and Antofagasta PLC are looking for financing for new projects to capitalize on surging molybdenum prices. 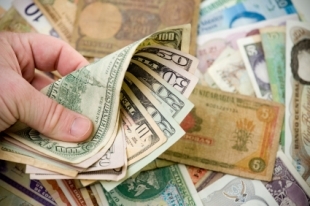 Thompson Creek Metals [NYSE:TC] [TSX:TCM] and Antofagasta Minerals [LON:ANTO] are both seeking to increase output levels to capitalize on positive forecasts for moly. Prices for the silvery metal have been gaining since November on demand from Asia and the US. Unusually tight credit markets last year restrained growth for many mining companies; however, credit is again flowing. The availability of financing remains the most important factor for new projects.

The growing Chinese economy, despite the global downturn, has sent the country in a rush to secure the materials needed to facilitate growth. A lack of domestic moly sources in China, as well as the ever increasing cost of those operations, may be behind the positive forecasts for Mo. Last week saw upwards of 1.6 billion in loans from Chinese banks for mining projects, the main beneficiaries being General Moly and Quadra Mining. In an update to last week’s report on General Moly’s Chinese loan: “The company also will arrange for a $665 million loan from a Chinese bank, including $20 million to get Mount Hope jump-started,” reported John Seelmeyer in the Northern Nevada Business Weekly.

A new report from JP Morgan foresees sustainable growth for molybdenum prices over the next two years. The report on Thompson Creek Metals predicts a 55 per cent increase in price due to a lack of new supply of Mo, as well as an increase in global industrial production. “The price for the metal is currently about $15.5 a pound, which is up from $10.70 in November. Gambardella anticipates prices will climb to $21 by the end of this year and $24 by the fourth quarter of 2011 as global industrial output expands,” reports Liana B. Baker for MarketWatch.

Added security to the reports of the upwardly moving moly price is the relative scarcity of the metal. “There is no new supply coming into the global market until at least 2011. So, the analyst thinks it would take a significant decrease in global demand for moly-driven by lower demand from the stainless steel, specialty steel or the petrochemical industries-to depress 2010 moly prices,” said a Market Publishers analysis of the JP Morgan release. With the increase of industrial output worldwide and scarcity of Moly for strengthening steel, simple economic theory backs the positive price increases predicted by JP Morgan.

New Projects in the Works

Thompson Creek Metals has announced that it is seeking $1 billion for new acquisitions to expand output in response to growing demand. The company, which operates two North American mines, is seeing new opportunities in South America and Australia. “We are looking at things that are in production to things that are very greenfield and anywhere in between…Not only do we have the cash in hand, but we have $13 million in debt, so we have a significant amount of debt capacity if we wanted to debt- finance the acquisition,” stated Kevin Loughrey, CEO of Thompson Creek.

The company may also have new North American mining operations in their sights: The Mount Emmons deposit, near Crested Butte, Colorado; and the Davidson Deposit, near Smithers, British Columbia.

Another major moly player, the Chilean copper firm Antofagasta Minerals, is exploring new opportunities in Pakistan. Antofagasta and its joint-venture partner Barrick Gold Corp. [TSE:ABX][NYSE:ABX] are looking for financing for the $3.3 billion Reko Diq project in Pakistan. “The group is holding productive talks with the authorities in Pakistan about Reko Diq, which at its peak could produce by itself as much as the whole group churns out currently,” reported Eric Onstad for Reuters.

Although last year saw a decrease in profits of 61 per cent for the company, largely due to poor prices and reduced output, the company’s financial footing remains strong. The report from Eric Onstad above added: “Antofagasta’s strong balance sheet, with a cash balance of $1.6 billion, gives it firepower for acquisitions as rivals struggle to cut debt, but takeovers were more likely to be projects that have not yet launched production.” The company is working closely with banks and with the $1.6 billion cash it has on hand, should the Pakistani officials approve the project, Antofagasta shouldn’t have problems securing financing.