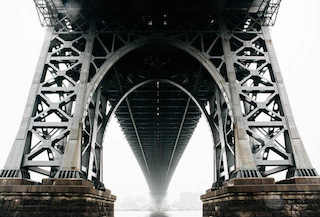 To make informed decisions, investors should be aware of the many molybdenum uses. Here’s a brief overview of five key applications.

Molybdenum is a silver-gray metal that is usually extracted as a by-product of copper and tungsten mining. It occurs in the minerals wulfenite, powellite and molybdenite, though molybdenite is the main mineral used to produce molybdenum.
Molybdenum has a high melting point of 4,730 degrees Fahrenheit, and because of that characteristic molybdenum uses are many and varied. The metal is usually sold as a gray powder that is compressed under high pressure to make various products.
China, Chile and the US are the three largest producers of molybdenum, and demand for molybdenum is expected to grow by 4.5 percent through 2025. The metal has fared poorly in recent years, but investors hope that its performance will soon improve. To understand molybdenum’s prospects moving forward, it is important to be aware of the major molybdenum uses. Here’s a brief overview of five.

Metal: Approximately 80 percent of molybdenum is used as an alloying agent in steel

Structural steel accounts for 35 percent of molybdenum use. Molybdenum improves the strength of steel at high temperatures, and can allow steel to withstand pressures up to 300,000 pounds per square inch. Molybdenum also helps with resistance to chloride corrosion, which is helpful for steel used in pipelines or marine environments.
Another 25 percent of molybdenum is used in stainless steel for pharmaceutical and chemical mills and tanker trucks. Molybdenum is also alloyed with steel to produce drills, saws, jet engines and power-generation turbines. Chrome and molybdenum alloy steel sheets are used in mufflers and other automotive parts.
Molybdenum is also alloyed with cast iron to produce cylinder heads, motor blocks and exhaust manifolds, which allow vehicle engines to run hotter and thereby reduce carbon emissions. The metal is also used in milling and crushing equipment.

Chemical: About 14 percent of molybdenum is used in the chemical industry for catalysts and lubricants

Molybdenum uses can also be chemical. For example, the metal is used as as a catalyst in petroleum refineries to help remove sulfur from natural gas and refined petroleum products. The process, known as hydrodesulfurization, involves heat and pressure plus a catalyst containing alumina, molybdenum and cobalt. Occasionally nickel and molybdenum are used instead of cobalt to treat more difficult feedstock. Low-sulfur fuels are cleaner burning, and many countries, including Canada and the US, require vehicles to use ultra-low-sulfur diesel fuel for road vehicles.
Molybdenum also acts as a catalyst in polymer and plastic production.

Molybdenum is combined with sulfur to form molybdenum disulfide, which helps lubricate two-stroke engines, bicycle coaster brakes, bullets and ski waxes and more. It is also used in greases for ball and roller bearings in the manufacturing, mining and transportation industries.
Molybdenum disulfide can withstand heat and pressure because it is of geothermal origin. The oil-soluble molybdenum-sulfur compounds thiophosphate and thiocarbamate protect engines against wear, oxidation and corrosion.

Other: Less common molybdenum uses include pigments and fertilizer

Molybdenum is also used in paints and dyes. Zinc molybdate is used in paint primers to inhibit corrosion and stabilize color; for instance, it is used to paint the metal surfaces of boats. Molybdenum oranges are made using lead, lead chromate, lead molybdate and lead sulfate. The paint resists fading in light and weathering over time.
Molybdenum oranges are used in paints, inks, plastic and rubber products and ceramics. Molybdophosphoric acid is used in methyl violet and victoria blue dyes for textiles and paints.

Molybdenum is an essential component of nitrogenase, which is found in nitrogen-fixing bacteria that make nitrogen from the air available to plants. Sodium molybdate is a white crystalline powder used as a fertilizer for plants such as cauliflower and beans to increase crop yields.
Don’t forget to follow us @INN_Resource for real-time news updates!
Securities Disclosure: I, Melissa Shaw, hold no direct investment interest in any company mentioned in this article.

One response to “5 Major Molybdenum Uses”