Molybdenum price fluctuations have been common place for a while now. Since the collapse in 2008 that saw prices fall from $36 per pound down to $8 per pound, many analysts and investors have been looking for stability. 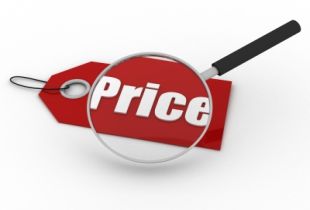 Molybdenum prices around the globe have remained flat, at around $15 per pound, due to fears of a slowing recovery and weak demand for steel. However, this is still a drastic improvement from the $8 lows hit in 2008, falling from an average $36 high per pound. Prices for many other metals, traded openly on world markets like copper for instance, have risen over the past few days due to a weakening dollar. However, the molybdenum market doesn’t work in quite the same fashion. Other than the recent addition of moly on the London Metals Exchange (LME), molybdenum is not traded openly on markets. As of now, the LME exerts only a small influence on moly prices worldwide.

Prices are instead set by a contractual basis. China, the world’s largest steel producer, is the main buyer of the metal for use in steel alloys. Investors interested in the future of moly prices should begin by looking at steel demand in China, and also the Asian sub-continent of India. The two countries combined account for 40 percent of the world’s population. The rise of these economies means a rise in urbanization, a rise in steel demand due to large construction projects, and also the increase of automobile ownership.

Moly prices have slowed since the first quarter of 2010 based mainly on speculation that the global economic recovery is not as strong as originally thought. Projections of the growth of Chinese GDP from the first quarter were high, over 10 percent. However, many analysts have backed off from their early predictions, and projections now have GDP in China growing  by 9 percent for 2010. This small drop means a lot of investors have pulled out of many molybdenum mining companies.

Thompson Creek Metals [NYSE:TC] provides an example. The company’s Q2 revenue has jumped 100 percent and its cash flow increased 575 percent; however, the company’s stock price has fallen dramatically, from $15.20 dollars in mid-January to its current $9.22 price.

Individuals with investments in molybdenum mining companies should be prepared to deal with fluctuations in stock prices that are based not necessarily on the individual company’s performance, but on larger global economic patterns. The forecasts for steel demand and growth in China and India in the long run are promising, which will drive up prices for moly. However, doubts about the speed of the recovery will hinder markets, and increase price fluctuations in the short run, or at least until the world markets are on their feet again.

However, they have also cut projections for output from their Robinson Mine in Nevada, which produced most of their revenue. The company expected to produce 135 million pounds of copper, but have cut that projection to 115-125 million pounds. No details on molybdenum production.

The company has also stated they hope to start production on their Sierra-Gorda project in 2014, but no details will be available until a feasibility study is completed.

“Revenue for the quarter was $56.5 million from the sale of Taseko’s 75% share of 21.1 million pounds of copper and 193,000 pounds of molybdenum at an average realized price of US$3.15 per pound for copper and US$16.67 per pound for molybdenum,” stated the press release.

The company also announced that it expects the final expansion of its Gibraltar Project in British Columbia to be completed by the end of 2010.