“Sell in May, and Go Away,” may hold true for minor metals such as molybdenum this year. However, recent moves by the Chinese and speculation on China’s growth numbers may be the true factors driving the molybdenum market. 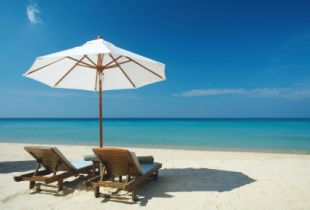 As the old market cliché goes, ‘sell in May, and go away,’ may be indicative of many metals markets performance as of recently. Investors under this strategy will again be singing its praises. Molybdenum and other minor metal prices have been slipping over the last month. On the LME, molybdenum is trading $1,000 weaker to a price of 27,500/37,500. The summer holiday lull may be at fault for the tepid demand; however, many are looking at the weakening of China’s construction industry and GDP as a cause for the softening prices.

The summer doldrums are seemingly in effect as buying has slowed to a standstill. The holiday season has started in Europe and consumer buying has dried up; as a consequence, prices for metals have slipped.

“Markets are extremely quiet… Summer started in June. Some of the markets are talking, and people are checking and asking for prices, but there is no buying at all really,” said a minor metals trader, in a report for Reuters.

“China became a net molybdenum exporter in May, one of the biggest factors behind a 22-percent correction in U.S. spot prices… The recent weakening in moly prices seems related to the China trade switch, and this may last for several more months yet,” Macquarie Bank analysts said.

The change to a net exporter of moly for China has not changed the country’s position on quotas. The Chinese export quota for moly has been held firm at 25,500 tons. This is in contrast to the government’s move to tighten quotas for almost all other metals. The shrinking export figures have been drawing scorn around the world, triggering complaints to the World Trade Organization.

“China’s curbs on exports of some raw materials have triggered complaints by the European Union, U.S. and Mexico to the WTO, which is probing whether the policies give Chinese manufacturers an unfair edge,” according to Xiao Yu for Bloomberg.

Export quotas can artificially lower costs for domestic prices giving an ‘unfair’ advantage to Chinese producers due to an oversupply of materials. Chinese officials dismiss such claims as baseless. The officials say the restrictions are strategy to reduce pollution and over-production. “WTO rules allow nations to protect their own non- renewable resources, but require policies should apply not only to exports, but also local production,” stated Wang Qinhua, deputy secretary general of the China Nonferrous Metals Industry Association.

The fears over a slowdown of China’s construction industry and economy as a whole seem to be based either on speculation or over inflated growth numbers from analysts in the past. The Chinese economy is still projected to grow by 9.6 percent this year by the State Council Development Research Center, only a slight slowdown from some of the reports of 10 percent growth in GDP.

While the summer lull may be at fault, and certainly doesn’t help, China is still the driver of molybdenum markets. Many investors may be scared of a slowing Chinese economy; however, growth of GDP is projected at 9.6 per cent. In the future, look to see how China handles the situation with export quotas and the complaints to the WTO. This will drive the supply side of the moly market for quite sometime.