Molybdenum, which is used to strengthen steel, sold on the spot market at a monthly average of almost $33/lb during the first half of last year, and actually was as high as $33.50/lb in daily trading. But, the spot price slipped to $25 in the second half and continued falling earlier this year – bottoming around $8/lb in April. Analysts predict the price at $12/lb in a couple of months. 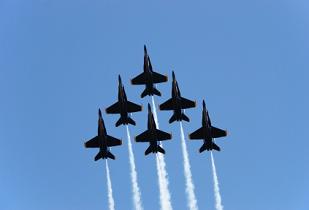 China is at it again. Japan was, by far, the largest country for Chile to export molybdenum, but China is rapidly playng catch up, and is supposed to have become the most important country in 2009 for exports of molybdenum produced in Chile.

According to the data compiled recently, Chile exported 27,097 tonnes in material of molybdenum in the first half of 2009, having increased by 12.6 per cent compared with that of 24,054 tonnes in the same period of 2008.

China was so far one of main countries to export molybdenum and the most powerful rival for Chile, but in 2009, has suddenly turned to the most important country for exports of Chilean molybdenum.

Molybdenum prices have averaged slightly more than $9/lb so far this year.

An analysis by J P Morgan Securities warns “expect moly prices to close in on $15/lb over the next several months and to average $18/lb in 2010.”

The forecast from New York-based analyst Michael Gambardella also suggests that “most Western molybdenum producers have little to no inventory,” leaving traders scrambling. Restocking by carbon and stainless steel producers in the developed world and still-healthy demand from China “should then lead to the next step-up in moly prices to $20/lb in the fourth quarter of next year.”

According to the customs statistics released in China, the country imported 33,219 tonnes in material of molybdenum, being equivalent to 40.5 million pounds on Mo content base, in the first half of 2009.

A Reuters News report states that the demand for the minor metal, used as a strengthening and anti-corrosion agent in steel, should increase as low inventories get replenished, China turns net importer and consumers start to increase purchases.

On the supply side, limited growth of copper mines with molybdenum as a by-product and recent output reductions at both primary and by-product molybdenum mines following sharp 2008-2009 declines in global demand should help support prices in 2010 and beyond.

New molybdenum price forecasts from producers are looking for $11/lb average price for 2009, down from $29 in 2008, but up from the first-half average of $9.

Moly prices have been moving higher over the last month and last week passed $10/lb in the US spot market. Looking ahead, forecasts are mixed: Investment bank Dahlman Rose & Co sees a loss of supplier discipline and a $10/lb annual average price in 2009.

But Chilean producer Molibdenos y Metales (Molymet) suggests moly prices will rise enough above the $9 first-half average to get to $11 for the year. US miner General Moly agrees that any demand growth will boost prices.

Still, the short-term outlook is somewhat muted since many European, North American and South American steel mills running far below full capacity and Western world demand for molybdenum is down some 30 per cent from last year.

Molybdenum, which is used to strengthen steel, sold on the spot market at a monthly average of almost $33/lb during the first half of last year, and actually was as high as $33.50/lb in daily trading. But, the spot price slipped to $25 in the second half and continued falling earlier this year – bottoming around $8/lb in April.

Vancouver-based Mercator has the Mineral Park mine in northwestern Arizona, one of the largest modern copper-molybdenum mining-milling operations.

Stingray shares spiked nearly 38 per cent in Friday trading on the Toronto Stock Exchange, rising 18 cents to 65 cents. Mercator shares were down about seven per cent, falling 19 cents to $2.72.