Reports of mineral wealth in Afghanistan exceeding $1 trillion may seem like terrific news for the war torn nation; however, when faced with the political realities, seem less attractive to international mining companies. Is the release of internal Pentagon memo’s just days before a Senate hearing a political ploy or a mining reality? 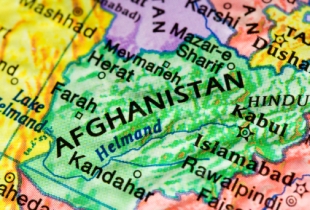 New reports of Afghanistan’s vast mineral wealth have been flooding media outlets around the world. A study conducted by the US Geological Survey in coordination with the Department of Defense has put the total mineral wealth of Afghanistan at over $1 trillion. Large deposits of copper and molybdenum have been known to exist for quite some time. The Chinese were awarded a contract on the Aynak copper mine in Logar Province, after a reported $30 million bribe to the Minister of Mines. American officials accused the minister of accepting the bribe, and he has since been replaced. The survey also reports  large deposits of cobalt, gold and most importantly lithium.

“An internal Pentagon memo, for example, states that Afghanistan could become the ‘Saudi Arabia of lithium,’ a key raw material in the manufacture of batteries for laptops and BlackBerrys,” according to James Risen of The New York Times.

The reports show the Ghazni province to have reserves of lithium with the size to compete with Bolivia, which holds half of the world’s reserves. Lithium is incredibly important for the world economy as renewable energy sources become a reality, and the use of handheld electronics explodes at an exponential rate.

The political realities of the war torn nation and the timing of the release of the reports have to be considered.

Firstly, the infrastructure of Afghanistan is abysmal. For any mineral wealth to be extracted in an economically viable manner, many large scale projects would have to take place. Railways, roads and processing plants would all have to be created at a cost of billions of dollars. Very few companies would sink so much money into projects in a country where the political stability is so weak, especially when the xenophobia to western power and dominance is so high. The risk may far outweigh the rewards unless true political stability can be achieved quickly in Afghanistan, a position even the most optimistic analyst would not commit to.

“BHP Billiton, Rio Tinto… the world’s largest miners — have no intention of moving into Afghanistan because the risk is far greater than the reward. It would cost $5 billion or more to develop a large copper, iron ore or gold mine in Afghanistan and potentially a further $5 billion to build the necessary infrastructure… No company will risk that sort of money in a country where the Government does not control all the territory and contract law is far from solid,” reports David Robertson, for The Times.

Just Afghanistan’s inability to manufacture cement stands in the way of any mining operation. “Afghanistan has the lowest cement production in the world at 2kg per capita; in neighboring Pakistan it is 92kg per capita and in the UK it is 200kg per capita,” according to a journal article in Industrial Minerals. Currently, there are four cement plants in the works, but they will only account for half of the needs of the country. Afghanistan currently imports most of its cement from Iran and Pakistan.

The inability of the country to meet the most basic needs of large scale mining operations is still very far off. The $1 trillion dollar mineral wealth may seem large enough for the American military to stay in the country as an advantage over Chinese firms. However, with the massive investments needed to extract minerals, the profitability of the operations would be greatly diminished.

Secondly, the timing of the release of the reports, considering the knowledge of the minerals goes back to the Soviet era, seems politically motivated. America’s political fortitude towards staying the course in Afghanistan is wearing thin. Calls for removal of troops are coming from all sides of the political spectrum, as the war just eclipsed Vietnam as the longest war in American history.

“I am deeply concerned about our campaign in Afghanistan,” said McCain, who supported Obama’s plan of sending 30,000 additional U.S. forces announced in December. “Many of the key trends seem to be heading in a bad direction, perhaps even signaling a mounting crisis,” stated John McCain, as reported by  Phil Stewart, for Reuters.

The release of The Pentagon memo’s to New York Times reporter James Risen just days before the Afghanistan hearings is being questioned by many as a political ploy to stay the course in Afghanistan; a reward for a war that has cost trillions of dollars with very little to show for the massive efforts.

The Obama administration’s strategy is to slowly draw down troops starting in July 2011 with Afghan forces increasingly taking over security detail. This approach is being attacked by conservatives as unrealistic. John McCain has been quoted saying, “It’s time for the president to state unequivocally that we will stay in Afghanistan until we succeed.” The potential for vast mineral wealth may be just another excuse to stay the course, while not taking into account the massive improvements need to actually mine in the country.

While the reports of $1 trillion in minerals in Afghanistan are politically sexy, and may represent a lucrative mining center in the future, any hopes for profits in the short term from the country are wishful thinking at best. With the region’s and the country’s distrust of western business and political interests, the US government and multi-national mining companies should be leery of stoking any sentiment of western hegemony, and the ‘stealing’ of Afghanistan’s mineral wealth. To do so would strengthen the Taliban’s legitimacy and threaten the future security of the nation, only delaying future mining projects. Basically, these reports, and the ability to profit off the mineral deposits should be taken with a grain of salt.