We’re nearing the end of earnings season in North America, and some producers of molybdenum have reported stronger results compared to the same period a year ago. 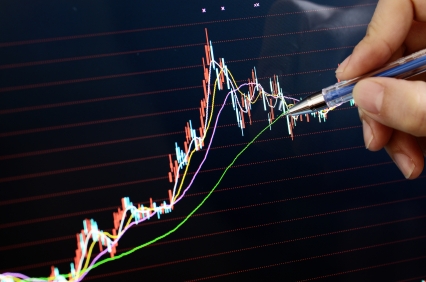 We’re nearing the end of earnings season in North America, and some molybdenum producers have reported stronger results compared to the same period a year ago. That is no mean feat considering moly prices have moved significantly lower in the past 12 months. London Metal Exchange cash prices are now around $24,000 per metric ton, down from about $29,500 this time last year. Here’s a look at three companies that are forging ahead despite today’s challenging markets.

General Moly (AMEX:GMO,TSX:GMO) is a US-based company focused on both developing molybdenum properties and mining and exploring for the metal.

General owns 80 percent of the Mount Hope project (Korean steelmaker POSCO (NYSE:PKX) owns the other 20 percent) and 100 percent of the Liberty property, both in Nevada. General aims to become the world’s largest pure-play molybdenum producer.

The company reported its latest financial results on November 7. In the third quarter, General Moly lost $2.1 million, or $0.02 a share. Even so, that was better than the $2.4 million, or $0.03 a share, that it lost a year earlier. The latest earnings also beat the consensus forecast of a $0.03-a-share loss.

General ended the quarter with cash of $22.4 million, down from $28.2 million on June 30. It spent $3.3 million on development, engineering and procurement expenses for Mount Hope and another $2.5 million on general and administrative expenses.

Shares of the company are up 8.2 percent this week on two key positive developments. On Monday, the US Bureau of Land Management authorized the development of Mount Hope. That decision approves the company’s mine-construction plan and the right of way for the necessary power transmission line.

On Tuesday, the State of Nevada Division of Environmental Protection issued a reclamation permit that allows the company to start digging and building facilities on the site provided it outlines the methods it plans to use to return the land to a safe and stable state after the mine closes.

According to a 2008 bankable feasibility study, General aims to build an open-pit mine with a 32-year life at Mount Hope. Over that time, the project is expected to produce 1.1 billion pounds of saleable molybdenum.

Amerigo Resources (TSX:ARG) is a Canadian molybdenum and copper producer that operates a tailings reprocessing facility near the El Teniente copper mine in Chile. El Teniente is the world’s largest underground copper mine.

Through its wholly-owned subsidiary, Minera Valle Central, Amerigo has a contract with the mine’s owner, state-owned Codelco, to process tailings from the mine and the nearby Colihues tailings pond.

In the third quarter, the company’s molybdenum production jumped 73 percent from a year earlier, rising to 321,788 pounds. Copper output rose 15 percent, to 12.7 million pounds. These increases offset lower selling prices for both copper and moly. As a result, Amerigo’s revenue rose 5 percent, to $44.2 million.

The company’s cost of sales jumped 19 percent, largely because it paid $4.56 million in bonuses to its workers as part of a new labor agreement. That, along with $2.58 million in deferred taxes related to an increase in Chile’s corporate tax rate, pushed Amerigo to a net loss of $4.19 million in the third quarter. A year earlier, it lost $1.19 million. However, excluding those two big one-time items, the company would have earned $2.9 million in the latest quarter.

The stock has mostly moved sideways in the past year, but it pays an attractive dividend: quarterly payments of $0.02 a share yield a high 7.14 percent. The company also looks well positioned to maintain that payout. Its operating cash flow was positive in the latest quarter, and it held $35.6 million in cash and cash equivalents as of September 30, up from $34.2 million a year ago.

Antofagasta (LSE:ANTO) is a Chile-based firm that is a major producer of molybdenum, gold and copper. The company owns four producing mines in the country: Los Pelambres (molybdenum, copper and gold), Esperanza (copper and gold), El Tesoro (copper) and Michilla (copper). It also owns a mineral-transport business and supplies water to businesses and consumers in Chile’s Antofagasta region.

The company’s copper production also rose, largely due to increased output from its Esperanza mine, which started up in 2011. That offset a decline in its average realized copper price. Gold output also increased 11.5 percent, to 213,500 ounces.