With a rise in crude oil prices, the price of coal has tagged along for the ride, but will likely diverge in the long run. 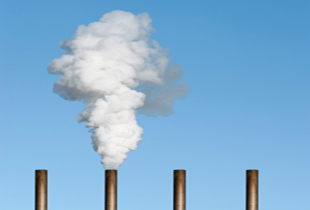 With a rise in crude oil prices surrounding political upheaval and uncertainty in North Africa and the Middle East, the price of coal has tagged along for the ride, but will likely diverge in the long run.

In the past month, both crude oil and coal reached highs around February 1, 2011 with crude oil at $90.77 US/barrel and coal on the NYMEX at just under $85 US/mt, surrounding events that resulted in the ousting the government of Egyptian President Hosni Mubarak after weeks of large civilian protests.

“As oil is a good overall indicator of investor attitude towards energy, coal traders tend to adjust their position towards oil’s direction,” said Emmanuel Fages, head of power, gas, carbon and coal research at Société Générale Commodities in Paris. “It’s really very short term, so even if instantly there is a real rise or spike in the oil price, coal will tend to follow within an hour, but if there is no fundamental increase in demand for coal, even if oil prices continue to rise, coal will not follow.”

Historically, a positive correlation could often be seen between prices for crude oil and coal because of their value in the energy sector. Coal can act as a substitute for crude oil in many instances such as electricity generation as well as feedstock for chemical and manufacturing companies. However, Fages says that this tie is weakening as many countries move away from oil as a source of power generation.

“Oil is used less and less in power generation so they are not really substitutes for each other. In one week or one month, you will see that the two prices are not really correlated because coal tends to move according to its own fundamentals of supply and demand, which are not really related to oil in any manner,” said Fages

In Egypt, for instance, the Suez Canal is not even a key route for coal freight, nor is Egypt a key consumer. Fundamentally, nothing about the political instability in Egypt changed the physical coal market to cause a jump in prices.

On February 16, 2011, crude oil in New York rose 1.6 percent after protesters clashed with police in Bahrain, Yemen and Libya. Brent oil jumped to $104.52 on Wednesday — its highest level since late September 2008.

“It is all about the risk and tensions in the Middle East that currently dominate the oil markets,” said Sucden analyst Myrto Sokou in an article for AFP. “Any renewed concerns about geopolitical uncertainty could make crude oil prices spike.”

This however, has not caused a sustained rise in coal prices, which have hovered at just below $78 t US/mt NYMEX since February 10, 2011.

“The oil price has exploded because of the events in Northern Africa, but in fact if you look at what coal has done at the same time, it has moved down,” said Fages.

Floods in Queensland, Australia disrupted the world’s largest supply of thermal coal, sending prices skyrocketing but had little impact on the price of crude oil. Australia’s thermal coal prices, a benchmark for Asia, climbed to over $126 per ton as news that a weather-related force majeure was called at Xstrata’s Ulan mine in New South Wales. China and India are major consumers of energy-producing coal and have caused major pushes in the market independent of crude oil. Inconsistent demand from China for coal imports are another factor that can cause major swings in global coal prices.

“Asian demand is very important and constantly rising,” said Fages. “In Australia where many mines were flooded, the exports were disrupted and it has led to 7-8 percent of the total export capacity of the world disappearing overnight. This kind of shock in the supply is really a large determining factor of the price.”