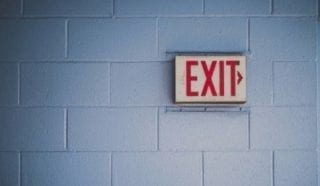 The Anglo-Australian miner has sold its last Australian coal mine for US$2.25 billion, reaching a total of US$4.15 billion in coal deals this month.

Diversified miner Rio Tinto (ASX:RIO,LSE:RIO,NYSE:RIO) has sold its last Australian coal mine for US$2.25 billion, reaching a total of US$4.15 billion in coal deals this month.

The Kestrel mine in Queensland was sold at a significant premium to analysts’ expectations to private equity manager EMR Capital and Indonesia’s Adaro Energy.

The sale was Rio’s third deal this month to exit the fuel business, a move the company believes will make its portfolio stronger and more focused.

The Anglo-Australian miner also recently announced the sale of its Hail Creek and Valeria assets to Glencore (LSE:GLEN) for US$1.7 billion. Meanwhile, it sold its Winchester South property to Whitehaven Coal (ASX:WHC) for US$200 million.

Rio’s decision is aimed at prioritizing iron ore, copper, bauxite and aluminum operations, CEO Jean-Sebastien Jacques told Bloomberg. The company will decide in August whether to use proceeds from the Kestrel sale to fund additional returns to investors, he added.

Last year, Kestrel produced 4.25 million tonnes of hard coking coal and 0.84 million tonnes of thermal coal. The deal is expected to be completed in the second half of the year and will make Rio the first major miner to leave the coal industry.

Despite the fact that some market participants are still optimistic about coal in the near future, Rio’s decision comes at a time when many investors are calling for less exposure to the fuel.

In fact, UBS (NYSE:UBS) analysts said Rio’s move to sell its final coal mine leaves the producer “leaner and greener.” Similarly, RBC said the lack of coal assets could make Rio more attractive to investors as capital moves away from fossil fuels.

The divestments would boost Rio’s balance sheet by US$3.9 billion, RBC added, “providing the potential for more buybacks or cash returns.”

For his part, Viktor Tanevski, senior research analyst at Wood Mackenzie, said, “[the] deals add further cash to Rio Tinto’s balance sheet as it continues to de-lever and re-allocate capital.”