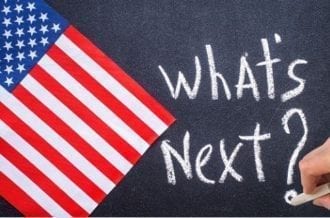 2016 was the US coal sector’s worst year since 1978, but under a Trump presidency its future looks more promising.

The US coal industry is coming off its worst year since 1978. Coal production dropped an estimated 18 percent from 2015 to 2016, and natural gas became the country’s top fuel for energy generation for the first time ever.
That said, some say a recovery is in the cards. The US Energy Administration (EIA) anticipates that as natural gas prices rise, coal will regain some of its footing in the electricity generation mix — in all, the organization sees coal production in the US rising 3 percent in 2017 and another 1 percent in 2018.
Of course, there’s another factor that could impact the US coal landscape even more dramatically: US President Donald Trump. The country’s energy landscape is expected to see massive changes during his presidency, and there will certainly be implications for coal. Read on to find out what could happen.

Future of coal: The Trump effect

It’s no secret that Trump has been a longtime advocate of the coal industry, and since becoming president he’s vowed to support the sector by axing regulations put in place by the Obama administration.
On February 8, White House Press Secretary Sean Spicer said that the country will produce “clean coal” and will step away from previous regulations in an “environmentally friendly” way.
“The President’s point, is that as we bring back this industry is that we can do it in a way that is environmentally friendly and it becomes a great and greater energy source,” the Independent quotes Spicer as saying.


Give me my free report!
Already Trump’s administration has started making it easier for coal companies to operate. On February 2, the Senate voted to repeal a rule that limited companies from dumping mine waste into streams, or people’s drinking water. The rule was put in place in December 2016 by the Department of the Interior, and protected 6,000 miles of streams and 52,000 acres of forest from coal debris.
According to the Independent, Republicans in Congress felt the rule wasn’t necessary and took away coal-related jobs.
Mitch McConnell, Senate majority leader, allegedly said the rule was “an attack against coal miners and their families,” and that noted that it was damaging to communities in Kentucky and other coal-producing states. “The legislation we passed today will help stop this disastrous rule and bring relief to coal miners and their families,” he said.
Luke Popovich, a spokesman for the National Mining Association made similar comments, says Reuters.
“This is one very, very important step to get coal back on its feet and stop the hemorrhaging of jobs that we’ve seen,” Popovich said.

Future of coal: What companies are saying

Coal companies are already responding positively to the elimination of that rule. Coal powerhouse Arch Coal (NYSE:ARCH), for example, has said the Trump administration is good for the company.
In a February 8 press release, it said that the new government “should prove to be positive” for its metallurgical and thermal franchises.
“Arch anticipates that the new Administration will constructively address the regulatory burden that has pressured the industry in recent years, resulting in stabilization in domestic thermal coal demand in the intermediate term,” the statement continues. “Further, Arch anticipates a sharp focus on maintaining a competitive domestic steel sector.”
Similarly, Stephanie Weiler, a spokesperson at Peabody Energy (OTCMKTS:BTUUQ) said the company is “pleased” the rule has been axed and supports “any actions aimed at reining in unnecessary regulations that don’t improve the environment yet harm the economic and jobs landscape.”


Give me my free report!
However, not all companies are as enthusiastic about Trump’s pledges.
Robert Murray, CEO of Murray Energy, the largest coal producer in the US, feels that the president has taken things too far.
According to The Washington Times, Murray said, “I have said to Mr. Trump on a couple of occasions, ‘Please temper your commitment to my coal miners and your expectations of bringing the coal industry back.’ It cannot be brought back to what it was.” He added, “[t]he destruction is permanent.”
While it is still early days, those invested in the coal sector will no doubt be watching closely to see if the Trump administration will continue to have a positive impact on US coal.
Don’t forget to follow us @INN_Resource for real-time news updates.
Securities Disclosure: I, Jocelyn Aspa, hold no direct investment interest in any company mentioned in this article.