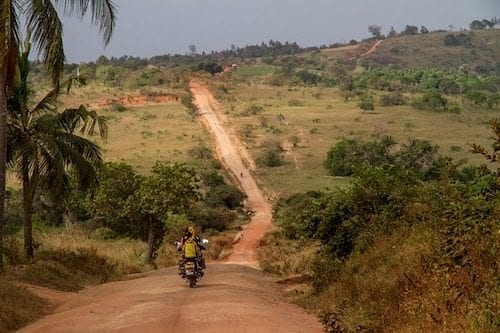 As the world moves towards green energy, what will happen to coal? Read on to learn what analysts see for the coal outlook in 2019.

This time last year, many expected coal prices to increase following a better-than-expected performance in 2017 — but instead coal prices had a volatile 2018.

During the summer, supply concerns helped push prices higher, but the price uptick did not last long, with coal trending downward after August on the back of tougher Chinese environmental regulations.

As the year comes to an end, what can investors expect in 2019? Read on to learn more about coal’s performance in 2018, as well as what analysts and market watchers had to say about the space and the coal outlook for next year.

Over late spring and the summer, prices for thermal coal, used as an energy source for air conditioning and industrial cooling, rose on supply-chain concerns and unseasonably hot weather in Asia and Europe.

“Simultaneously, however, the Chinese government continued its crackdown on polluting industries, and prices have consequently been on a general downward trajectory since late August,” FocusEconomics economist Jan Lammersen said.

The benchmark thermal coal price rose to a six-year high of US$120 a tonne in the July quarter before falling to around US$117 in the September quarter.

According to the International Energy Agency (IEA), coal remains the second-largest global source of primary energy, behind oil, and the largest source of electricity.

In terms of supply, world coal production rose in 2017 by 225 million tonnes, an increase of 3.1 percent, after declining for three years — that’s only 426 million tonnes lower than peak production seen in 2013.

“The story of coal is a tale of two worlds, with climate action policies and economic forces leading to closing coal power plants in some countries, while coal continues to play a part in securing access to affordable energy in others,” said Keisuke Sadamori, director of energy markets and security at the IEA.

“For many countries, particularly in South and Southeast Asia, it is looked upon to provide energy security and underpin economic development,” he added.

According to the IEA, in 2017 total global coal consumption in energy terms increased by 1 percent, or 50.4 megatonnes of coal equivalent (Mtce).

China’s consumption rose for the first time since 2013, while India, which became the second-largest consumer after overtaking the US in 2015, experienced the largest increase in coal consumption.

Meanwhile, demand in the US decreased in 2017, reaching its lowest amount since 1978 at 473 Mtce. And despite US President Donald Trump’s efforts to revive the coal industry in the country, it could be difficult to reverse the long decline in US coal mining.

Higher demand and tight supply have been pushing up prices for coal and supporting robust seaborne trade in the fossil fuel. In fact, export trade of all types of coal in the world increased by 3.3 percent in 2017, from 1,326.9 million tonnes in 2016.

But higher prices are not leading to investment in new mines, the IEA says in its latest report. That’s largely because local opposition and policies aimed at combating climate change are creating uncertainty about future demand.

“Banks, insurance companies, hedge funds, utilities and other operators in advanced economies are exiting the coal business,” the IEA states. “In many parts of the world, growing opposition to coal projects has provided strong disincentives for investors.”

Assicurazioni Generali (ETR:ASG), Allianz (ETR:ALV) and AXA (EPA:CS) and Standard Chartered (LSE:STAN) are among those to have made public their ambitions to exit coal.

As the year comes to a close, experts predict next year could be tough for the coal space.

In terms of demand, global coal demand looks set to rise for the second year in a row in 2018, but the IEA forecasts that it will remain stable over the next five years, as declines in Europe and North America are offset by strong growth in India and Southeast Asia.

“Coal’s contribution to the total energy mix will decline from 27 percent to 25 percent, mainly due to growth of renewables and natural gas,” the IEA estimates.

Similarly, FocusEconomics’ Lammersen said that in the short term “demand from Asia — particularly China and Japan — is expected to cool next year, in part due to the multi-year high level of thermal coal prices and in part due to a move towards cleaner energy sources.”

According to the IEA, air quality and climate policies, coal divestment campaigns, phase-out announcements, the declining cost of renewables and abundant supply of natural gas are all putting pressure on coal.

“We don’t believe global coal consumption will ever regain the 2014 peak, and given relative pricing trends, we can expect to see more coal forecast downgrades,” said Tim Buckley, director of energy finance studies at IEEFA Australasia.

But coal demand is set to grow across much of Asia due to its affordability and availability.

“Fossil fuels are going to be with us for a long time,” IEA Executive Director Fatih Birol said in a report. “That is why the only way to tackle our long-term climate goals and address the urgent health impacts of air pollution, while also ensuring that more people around the world have access to energy, will require an approach that integrates strong policies with innovative technologies.”

Looking over to prices, thermal coal is expected to fall from recent highs on weakening demand amid a shift away from polluting energy sources, according to FocusEconomics.

Panelists polled by FocusEconomics estimate that the average price for thermal coal in 2019 will be US$94.50 per metric tonne. The most bearish forecast for the year comes from Liberum Capital, which is calling for a price of US$75; meanwhile, Investec is the most bullish with a forecast of US$109.50.