Global demand for coal drove prices up in 2010, and this trend should continue in coming years, due in part to growing energy needs of the world’s two largest consumers of coal: India and China. 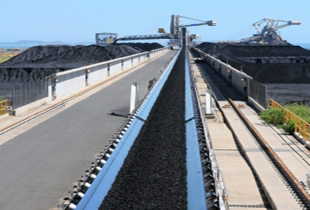 Global demand for coal drove prices up in 2010, and this trend should continue in coming years, due in part to growing energy needs of the world’s two largest consumers of coal: India and China.

China, the world’s fastest growing major economy, has massive coal reserves, but the country’s energy consumption is growing so rapidly that last year China began importing more coal than it exports. China imported nearly 50 million tons of coal in the first half of 2010, up almost 130 percent from a year ago. China has taken over the U.S. as the world’s heaviest consumer of coal, and this, combined with an increased global demand has triggered a change in the world market for energy.

In spite of both China’s import and domestic coal production, the country still experienced shortages in 2010. Thermal coal stockpiles at major power plants in Hubei have fell as low as 2 million metric tons, below the required 3 million tons, according to New York City- based Commodore Research. Inventories at coal-fired generators in Henan Province  also dropped as low as 2.5 million from a minimum required 3.5 million.

Meanwhile, as the population and economy of India has continued to rise in 2010, so has its demand for coal. Coal accounts for 55 percent of the country’s energy consumption. In the last four decades, commercial primary energy consumption in India has grown by about 700 percent.  Bloomberg reports that Indian imports of thermal coal nearly doubled last year, surging from 30 million tons in 2008 to a little less than 60 million tons in 2009. India has plans to double electricity generation capacity by 2012, which could see the country importing in excess of 200 million tons of coal.

Coal India Ltd., the near-monopoly supplier of coal in the country, saw the largest initial public offering of a company in India’s history when it launched in November, 2010. Coal India Ltd. also became the second-most valuable mining company in the world after investors bid for 15 times the shares on the first day of trading.

By late 2010, coal prices in Europe reached a two-year high, leading power companies and governments to consider alternative sources of energy like natural gas and biofuels. This upward drive in price can be partly attributed to disruptions in supplies from Australia, due to flooding in coal-rich Queensland and a train accident closed a railway line to a major export terminal. Australia is a major exporter of coal, and accounts for almost two-thirds of the global coking coal trade.

According to the Energy Information Association, the United States exported 51 percent more coal in the first six months of 2010 than it did for the entire 2009. Strong global demand for coal, particularly metallurgical coal used to produce steel, has resulted in sharp increases in U.S. coal exports in 2010.  Metallurgical coal exports nearly doubled in the first half of this year compared with the first half of 2009. EIA expects total coal exports to decline in 2011 as other major coal-exporting countries increase their supply to the global coal market.