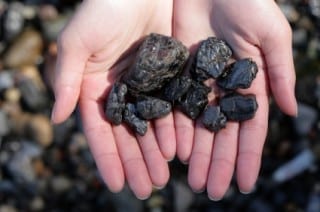 The Investing News Network spoke with Keith Burnard of the International Energy Agency for insight on the importance of clean coal and carbon capture technologies.

It’s been roughly one year since Saskatchewan’s government-owned utility started up the carbon capture and storage facility at its Boundary Dam coal-fired power plant.
The upgrade cost a cool $1.35 billion, and has continued to get plenty of attention since it was unveiled. As The Globe and Mail states, BHP Billiton (NYSE:BHP,ASX:BHP,LSE:BLT) is planning to spend millions with SaskPower to promote carbon capture and storage technology.
According to Keith Burnard, head of the Energy Supply Technology Unit at the International Energy Agency, carbon capture and storage will be key to coal’s future, but there’s more to the picture as well. High-efficiency, low-emissions (HELE) technologies will also play an essential role in helping to reduce pollution and CO2 output while continuing to meet the world’s energy needs.
That’s important for investors to take note of. Case in point: Clean Coal Technologies (OTCMKTS:CCTC), a company that is focused on upgrading and improving the efficiency of low-rank coals, has seen its share price gain 723 percent over the past year, and is now trading at $0.84.
The Investing News Network spoke with Burnard to learn more about how coal fits into the global energy mix, and how important clean coal and carbon capture technologies are to coal’s future.
Below is part one of the interview with Burnard. Stay tuned for part two, where he speaks more about the use of coal and its possible future impacts on the climate.


Take Survey
INN: What is meant by the term “clean coal technology”?
KB: A lot of people don’t like that name these days. It’s still very often used, but you quite often get the remark, “isn’t clean coal a bit of an oxymoron?’ So more often these days we’re moving to using high-efficiency, low-emissions coal, or HELE coal. “Clean coal technology” is fine for now, there just needs to be a bit of a health warning against it.
INN: When did the idea of clean coal technology first pop up? When did it start to gain traction?
KB: We’ve been using coal for our electricity for well over 100 years now. The technology is gradually developing. Back in the 1950s, for example, London suffered very bad smogs because of coal-fired power generation, and the use of coals in houses for heating and such. So they started to put some regulations in place, [which meant] either switching to something else for heating or using coal in a less polluting way
In Europe now and in North America you don’t get smogs in major cities because there is technology that you can use on coal-fired power generation plants to clean them up. And the efficiency of coal use has increased quite markedly.
In China, for example, stronger regulations [were brought in] because of urban air-quality problems in 2012 and 2013, and they now have some of the most stringent regulations on emissions in the world.
So that’s how clean coal technology has developed and how it gained traction. Because if it’s not cleaned up, if it’s used in a less efficient manner, then we get all sorts of problems with emissions. We’re talking about particulates, not sulfur dioxide and such. So the air pollutants, the ones that cause local air pollution.
Of course, more recently, concerns have focused on carbon dioxide. This wasn’t an issue 30, 40, 50 years ago, but over the past couple of decades, the importance of these emissions has been recognized and action has been taken to address them.
INN: Which countries are doing the most to advance clean coal technologies?
KB: Many countries are addressing clean coal technologies now. A lot of countries use coal to generate their electricity — about 40 percent of electricity today in the world is generated from coal.
The two biggest users of coal are the United States and China. Both of those are doing a great deal today to develop and advance clean coal technologies.
Other countries and regions [are doing things too]. In Europe there’s a lot of work. In India and in Japan in particular, they have a very strong technology base and are doing a huge amount, not only to develop clean coal technologies, but to promote them as well.
The role of carbon dioxide in climate change, global warming, the importance of that has become much clearer to countries, and so countries have been addressing this. Through the United Nations framework convention for climate change, [there are] top meetings that are held each year in different countries. Then there have been movements to reduce or address the amount of CO2 emitted globally.
If we’re looking at coal-fired power generation, and coal use in the industry, then carbon capture and storage is seen as a major and essential technology to reduce the impact of coal use.


Give me my free report!
INN: Are there other benefits as well as the environmental benefits?
KB: That’s an issue with it. It’s expensive because there are not really other advantages. It is purely and importantly a technology that prevents carbon dioxide from entering the atmosphere. It’s an expensive technology, so ways are being looked at to reduce its cost.
One way at the moment is to use the carbon dioxide that’s captured to enhance oil recovery.
INN: That’s good news in terms of revenue, but isn’t that also just burning more fossil fuels?
KB: I suppose it depends on whether you’re burning more fossil fuels, or whether you would have accessed those fossil fuels anyway, but through a different, less efficient manner.
But you’re right. Essentially you’re using CO2 to enhance the recovery of oil, and so you’re producing another fossil fuel, which obviously is used in transport or whatever, and then you have the emissions subsequently.
There’s a lot of other work going on into what possible uses CO2 can have, and there is research and pilot studies at the moment in looking at its potential as a chemical building block for other chemicals, for use in agriculture, or for various polymers that are used for other applications
So there’s a huge amount of work actually going on into what other uses there can be for the carbon dioxide that’s captured, but as yet there is nothing other than enhanced oil recovery that’s actually used at a commercial scale. The rest is at various stages working its way through the research development and demonstration system.
INN: Can you explain the different types of coal-fired plants and how different technologies improve efficiencies?
KB: When you have coal, if you’re using it for power generation, then the idea is to convert the energy in the coal into electricity. In very simple terms, you do this by heating up water under pressure. So you raise the temperature and pressure of water, and then you feed it into a steam turbine where it is allowed to expand and turn rotors, which are applied to a generator to produce electricity.
The hotter the steam and the higher pressure the steam, the more it expands in the steam turbine, and the more electricity is produced per kilogram of coal that is burned in the broiler.
Most of the pulverized coal plants in the world are subcritical. That means that the pressure of the steam is less than 22 megapascals (mp). Above 22 mp, it becomes supercritical. Supercritical means there is no distinction between water as a liquid and steam as a gas. They essentially coexist as a supercritical fluid. When [that fuel] is fed into a steam turbine, [it] raises the efficiency
Above a certain pressure, let’s say, it becomes supercritical, and then we have a more efficient process
Ultrasupercritical is simply increasing the temperature of the steam above 600 degrees Celsius. So supercritical on its own is above the supercritical pressure, but less than 600 degrees Celsius. Ultrasupercritical is above 600 degrees Celsius — a higher temperature, and more efficient again.
The idea is the more efficient your plant, the less coal is used to give you a unit of electricity.
Generating a unit of electricity requires less coal the more efficient it is. The less coal you use, of course, the less pollutants are also released, and the less carbon dioxide is also released. So all around, from a resource potential, from an efficiency potential, from a pollution, air pollutant and carbon dioxide [potential], the more efficient a coal plant [is], the better.

Give me my free report!
INN: That sounds like an easier sell than clean coal technology, at least for coal companies.
KB: That’s right. And also it’s an easier sell because if you can use less coal to produce a unit of electricity, then it releases less pollutants, and so you need smaller equipment to capture the pollutants. If you have a 600-megawatt plant, then the equipment required is smaller, and the more efficiently you burn your coal. If you have less emissions coming, then you don’t need as large [and expensive] equipment. So it’s good news all around
INN: What are your thoughts on SaskPower’s carbon capture plant in Canada? Are there other plants like this around the world?
KB: The importance of the SaskPower carbon capture plant on a global scale can’t be understated. It’s the first coal-fired generation plant in the world to be fitted with carbon capture at a commercial scale. This is vitally important because for many years now, or for the last several years, people have been saying that carbon capture and storage is the answer to reducing emissions.
The naysayers say, “but look, it’s not being done. It’s too expensive. There are no examples in the world for us to look at to see if it works.” That’s now been buried as an issue. People can point [to SaskPower’s Plant], and they do point at it at most energy conferences that I attend. The SaskPower plant has pride of place.
Are there other plants like this around the world? It’s the only one at present on a coal-fired power generation plant. There are a handful coming through later this year and next. So in a year’s time it won’t be the only one.
The US has plants under development. The UK has plants under development. The Netherlands has a plant under development. Looking at Japan and China, there are many plants under development at the moment. There are many projects under construction, and a handful of these will be coming online in the next 12 to 15 months.