Oversupply in the ferrochrome market lingers and with expectations of bleak global demand for stainless steel, the biggest user of ferrochrome, worries are growing about the demand and supply equation for the chrome market in 2012. 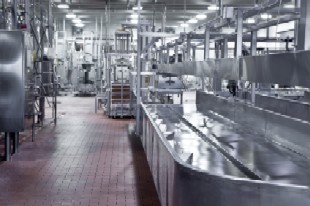 Oversupply in the ferrochrome market lingers and with expectations of bleak global demand for stainless steel, the biggest user of ferrochrome, concern is mounting about the demand and supply equation for the chrome market in 2012.

“There has been producer destocking in the first quarter but this has been balanced out by stock growth in the second and third quarters,” Mark Beveridge, a markets analyst at the Paris-based International Chromium Development Association said at a conference in Durban this month. Beveridge, quoted in Metal-Pages, said the outlook for global ferrochrome production is likely to rise by around 4 percent this year but unlikely to grow by the same rate in 2012.

South Africa’s Merafe Resources (OTC PINK:MERFF), whose joint venture with Xstrata Alloys (LSE:XTA) is the biggest producer of ferrochrome in the world, said in an October presentation, that it expects global ferrochrome production to grow 3 percent in 2011, adding that prices are expected to fall to $1.20 per pound in the fourth quarter from $1.35 a pound in the second quarter. South Africa is the world’s largest producer of chromite ore, followed by Kazakhstan and India, and accounts for more than three quarters of the world’s reserves of chromite ore. More than 80 percent of the ferrochrome produced is used by the stainless steel industry.

Global stainless crude steel production reached an all-time high for a first quarter of 2011, rising 8.6 percent quarter-on-quarter to nearly 8.4 million tons, with the highest growth coming from China, according to the International Stainless Steel Forum (ISSF). But the global credit crisis shows no signs of abating and the bleak economic environment is expected to have a negative impact on the demand for stainless steel for the remainder of the year and in 2012.

SMR, an Austria-based specialty steel industry consultant, expects global demand for steel to grow around 6 percent this year and sees lackluster growth for 2012. While the market is expected to increase, the growth is way below what was seen from 2009 to 2010. ISSF data shows that global stainless steel production rose nearly 25 percent from 2009 to 2010 from 24.9 million metric tons to 31.1 million metric tons. So the slow growth of stainless steel will likely hit chrome demand, supply and prices in 2012.

South Africa-based International Ferro Metals said in its 2011 annual report released in October: “The overcapacity of ferrochrome production will continue to have an impact on the fragile supply/demand balance and on pricing levels. Total ferrochrome supply for 2010 increased 37.7 percent year-on-year to 8.5 Mt, which was 170, 000 tonnes more than consumption. For the first half of 2011, ferrochrome production is expected to exceed consumption. However, it is anticipated that South African producers will reduce output during the high-cost winter period in an attempt to balance the market and stabilise pricing… Going forward the well-being of the ferrochrome industry will depend on producers not oversupplying the market. In the short-term, slower demand due to high stock levels in various locations is putting increased pressure on pricing and some curtailment of production will be required to stabilise the market.”

African Rainbow Minerals (OTC PINK:AFRBY), a diversified South African mining company, also sees an oversupply of chrome and manganese continuing for at least the next three to six months, Chief Executive Officer Andre Wilkens said at the company’s annual meeting on December 2, adding that the company is still managing to sell all its chrome and manganese production. Commodity prices will stabilize once there is more certainty on the European debt crisis, Wilkens added.

Disclosure: I, Karan Kumar, hold no direct investment interest in any company mentioned in this article.