Despite the recent recovery in LME aluminum prices; demand for the stainless steel component remains in the dumps. Without any idea of when demand may stage a comeback, aluminum miners are bracing for more tough times. 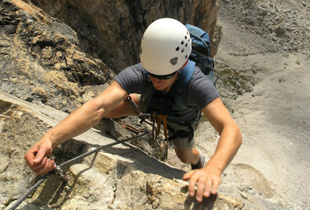 Despite the recent recovery in LME aluminum prices; demand for the stainless steel component remains in the dumps. Without any idea of when demand may stage a comeback, aluminum miners are bracing for more tough times.

So far this year, a pick-up in demand for many metals has been a China-only story. The Chinese government has taken advantage of record low prices by stockpiling many strategic metals; this, in turn, has lifted global prices.  Aluminum, however, has been left out of the equation. Instead, evaporating demand for the metal has prompted the government to take drastic steps to help stabilize the domestic aluminum market.

China’s State Council has ordered that the nation’s aluminum industry to resolve such problems as over-capacity and outdated facilities. By the end of 2010, the aluminum industry must to shut down 800,000 tonnes of existing electrolytic aluminum capacity and no new aluminum capacity projects can be initiated until 2012. The government hopes that these rules will encourage mergers and restructuring in the industry to improve economies of scale and overall competitiveness. According to the plan, China will shut down 300,000 tonnes of obsolete copper smelting capacity, along with 600,000 tonnes of lead and 400,000 tonnes of zinc. The government said by 2011, producers should be 40 per cent self-sufficient in raw materials in copper production, 56 per cent in aluminum production, and 38 per cent in nickel.

Things are not looking any better on the other side of the ocean. In North America, orders recorded by U.S. and Canadian producers in April trail those of the same month last year by 26.4 per cent, whereas first-quarter orders are down 36.6 per cent from the 2008 year on year period. The North American aluminum market is suffering in unison with the domestic auto market. The recession has hit the extrusion industry particularly hard, given that nearly half the extrusions made in North America go into the automotive and construction sectors. In the short term, there are some more troubling signs. GM announced last month that it would idle 13 of its assembly plants in the United States and Mexico for an additional nine weeks this summer, and Chrysler also announced production suspensions.

Alcoa will temporarily idle aluminum rolled-products operations at Texarkana, Ark., by the end of the third quarter because of deteriorating market conditions, according to an Alcoa spokesman.  The decision to idle the plant came as a result of “continued softness in the markets that the plant serves.”The Texarkana plant produces sheet and plate which is used in various finished goods, including cooking utensils and brazing sheet for automobiles. A large portion of aluminum sheet produced at the plant supplies the truck, trailer and construction markets. In early April, Alcoa reported a net first-quarter loss of $487 million compared with a net gain of $370 million for the same period in 2008, citing continuing economic downturn and a 26 per cent decline in metal price in the quarter.

Guinea Alumina, the $4.8 billion joint venture between BHP Billiton Ltd., Global Alumina Corp. and Dubai Aluminum Co., will start construction on its plant later than initially planned after aluminum demand plunged. The initial schedule was for construction to begin in the first quarter of this year; however now the shareholders plan on waiting until economic conditions improve. Our expectation is that we will start construction of the refinery within the next 18 months or so, towards the end of 2010,” said Karim Karijan, the chairman of Toronto-based Global Alumina. Progress will depend on costs, alumina prices and the availability of finance,” he added. The 3.3 million-metric-ton-a-year refinery has been delayed after demand slumped for alumina the raw material used to make aluminum.