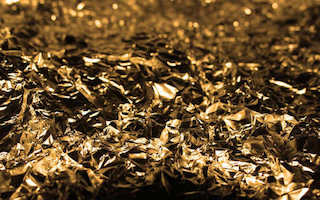 Ami Shivkar of Wood Mackenzie discusses China’s aluminum supply cuts, where prices are going and what factors will influence the market in 2018.

Wood Mackenzie expects aluminum prices to remain above $2,000 per tonne for the rest of 2017 due to supply cuts in China, said Ami Shivkar, the firm’s aluminum market senior analyst.
China produces  57 percent of the world’s aluminum, Shivkar explained via phone, and the Chinese government has mandated 30-percent output cuts at smelters and refineries to curb pollution during the winter heating season. Wood Mackenzie predicts that 370,000 tonnes of aluminum smelting production will be cut in 2017, followed by over 1 million tonnes in 2018.
Chinalco (HKEX:3668) has already announced plans to start reducing output ahead of the November 15 deadline. Shivkar said Chinalco is able to curtail output because its production is split between three lines, and it will be able to easily shut down one of the lines for maintenance.


Give me my free report!
She explained that she is unsurprised to see compliance from Chinalco as it is a state-owned company, and “obviously [it] would follow the government rules.” Shivkar added, “I would be more keen to see some compliance from the private companies.” They may be less likely to follow through due to very high restart costs and technical issues.
“I don’t see how they could cut 30 percent of output because you can’t keep 30 percent of an active line shut down. I don’t see technically how that’s possible,” she said. She believes it’s possible that affected smelters could highlight these issues to the relevant authorities, and the current rules could be amended.
Shivkar suggested that the actions of aluminum operations in Shandong province will be key to watch from a compliance perspective. That’s because Shandong province is where 80 percent of refining cuts and 85 percent of smelting cuts will be made this winter heating season. Compliance by smaller smelters won’t make much difference to the global aluminum balance unless smelters in Shandong are on board.
Overall, Shivkar encouraged investors to be careful not to get too excited about the recent aluminum price rally, as the market is currently divided into three camps:

She said the clampdown on property speculation in China has also contributed to strong metal prices because “Chinese investors are being forced to relocate these funds elsewhere. Some of which has really found a place in metals and has increased the entire base metals complex higher.”

There’s a lot going on in the aluminum space right now, but Shivkar also took the time to lay out what could happen next year. She noted that there are two main factors investors need to consider, with one being whether illegal or polluting aluminum plants in China’s Shandong and Xinjiang provinces will stay offline for the year. Operations were suspended at the plants in July and August of this year.
The other factor is a rule that the Chinese government established in April 2015. Under this rule, a new smelter can only build a production line if it can find old replacement capacity.
“There are a lot of old smelters in China that don’t operate, so the new smelter needs to go to the old smelter and buy replacement capacity. A lot of this so-called replacement capacity has been traded, and according to our estimates, maybe 3.6 million tonnes of replacement capacity has been traded. Most has gone to Inner Mongolia,” she said.
The rule ends on December 31, 2017, and Shivkar “expect[s] the government to announce a new rule for this replacement capacity.” She said the document will be interesting to see because some Shandong and Xinjiang smelters don’t have replacement capacity and can’t expand production.
Aside from those two key factors, it will also be worth keeping an eye on the US government’s investigation of aluminum imports from China under Section 232 of the Trade Expansion Act of 1962, which allows restrictions on imports for reasons of national security. The US Department of Commerce announced a preliminary decision to impose an anti-dumping duty on aluminium foil imports from China earlier this year.
Shivkar said China does not export primary aluminum, but any sort of ban would impact exports of downstream products. China exports close to 4 million tonnes of semi-fabricated products per year, and “in the event of a range of anti-dumping duties materializing, there is little room for Chinese exports to be redirected to other countries. We estimate the risk of loss of export markets by China during the next 12 to 24 months to be at least 500 to 700 kilotonnes per annum.”
Speaking about future demand, Shivkar noted that primary aluminum demand is expected to rise by 6 percent per year from 2018 to 2021, even as construction growth slows in China. “We do see much higher quarter-on-quarter production levels in Q2 and Q3 next year,” she said.
She also noted that higher prices are making it conducive for smelters outside China to restart, including Alcoa’s (NYSE:AA) Warrick smelter in Indiana and Century Aluminum’s (NASDAQ:CENX) second potline at Mt. Holly in South Carolina; new Russian capacity is also a possibility.
Wood Mackenzie expects aluminum to average $1,954 in 2017 and $1,966 in 2018. Shivkar said all in all the aluminum market has experienced, “a remarkable turnaround” from 2016, when prices on the LME fell below $1,600 on sluggish demand and oversupply. “We are moving from a surplus global market towards a more balanced or deficit market on deeper-than-expected cutbacks in China,” she said.
Don’t forget to follow us @INN_Resource for real-time news updates!
Securities Disclosure: I, Melissa Shaw, hold no direct investment interest in any company mentioned in this article.