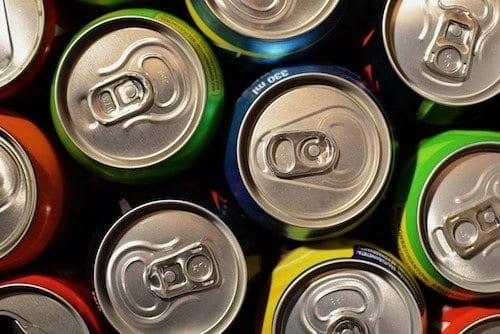 Despite being in the red for the third fiscal quarter of the year, the US-based aluminum company says it plans to move ahead with a US$200-million stock repurchase program.

Alcoa (NYSE:AA), the world’s leading aluminum producer, has released its third quarter results, highlighting a net loss of US$41 million.

Despite being in the red for the third fiscal quarter of the year, the US-based aluminum company has announced it plans to move ahead with a US$200-million stock repurchase program.

The repurchase program is part of the company’s 2018 capital allocation framework, designed to strengthen the balance sheet and reduce debt load.

In an effort to further drawdown net pension liability and debt, Alcoa also used US$194 million to additionally reduce its debt. Over 2018, the company was able to reduce its net pension and other post-employment benefits (OPEB) liability to US$2.2 billion, a drop of US$1.3 billion from the previous year.

“Today’s stock buyback announcement, our smaller net pension and OPEB liability, and our results since launching Alcoa Corporation nearly two years ago all point to the success of our strategic priorities,” Roy Harvey, president and CEO, said in the announcement.

In addition to the US$41 million net loss for the third quarter, the company reported a net income of US$119 million for the quarter, a stark contrast and 58 percent drop from the US$286 million Alcoa earned in Q2.

“By reducing complexity, driving returns, and strengthening the balance sheet, we’ve made Alcoa a much stronger company even as commodity markets remain volatile,” Harvey added. “We’re pleased to announce a program to return cash to stockholders, and we look forward to improving our company further as 2018 comes to an end.”

With almost 200 million issued and outstanding shares, Alcoa plans to retire the dividends once it has acquired them through the buyback program.

While the third quarter of 2018 has been all about fiscal restraint for the international aluminum, alumina and bauxite producer, the company does see market demand as a key driver in the quarter and year ahead.

According to the company press release, Alcoa foresees a global aluminum deficit of as much as 1 million metric tonnes, while demand is expected to grow simultaneously.

The more-than-century-old company, also sees a deficit in the alumina sector of as much as 1.2 million metric tonnes. However, when it comes to bauxite there is an expected surplus despite increased demand out of China.

Other events in Q3, included the company announcing it would collectively dismiss all employees at its Avilés and La Coruña aluminum plants in Spain. The decision to shut the Spanish plants, which are the least productive within the Alcoa system, was a result of the rampant and ongoing structural issues at both sites.

It hasn’t all been budgetary constraint for Alcoa, just last month the industrial metals producer was added to the Dow Jones Sustainability Indices. The index is a collection of sustainable leaders in each industry.

“Alcoa continually strives to create sustainable value in the communities where we operate, enhance the value of our products, and improve the environmental footprint of our operations,” Michelle O’Neill, senior VP of global government affairs and sustainability, said in the press release.

“Our inclusion in these distinctive indices is an important recognition for the work we complete across our global operations.”