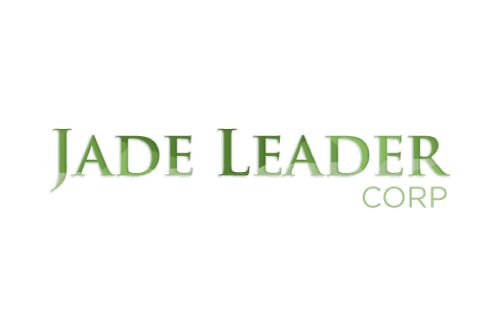 Jade Leader Corp. (TSXV:JADE) (“Jade Leader” or “the Company”) is pleased to report that deepening and extending Trench T1A at its Wyoming Jade Property (See Press release of October 1, 2019) revealed significant additional Nephrite Jade in a strong alteration zone hosted in structures cutting granitic gneisses. Some 230 individual Jade samples with a combined weight of 47,100 pounds (21.36 Tonnes) were recovered from bedrock with heavy equipment and will be evaluated for their textures, colors and carveability.

“We are very pleased to have been able to generate so many high-quality samples for evaluation and testing with relatively minimal exploration costs and low disturbance footprints. This is extremely promising for continued testing of our multiple targets in Wyoming,” stated Mr. Jean-Pierre Jutras, P.Geol, President and Director of Jade Leader. “We are highly encouraged with the quantity and quality of our discoveries to date as assessed in the field. With the state of very limited published technical literature on Jade exploration, the Company continually adjusts its proprietary working exploration models, and the results of this program are the results of its going forward momentum. The next steps are to determine the quality and marketability of the Jade we’ve found to date.”

Of note from trench T1A are a series of 8 larger stones referred to as “specials”, with individual weights ranging from 350 to 3085 pounds (158.8 to 1,400 Kg) which may be suitable for large carvings. At 3085 pounds (1,400 kg), the largest one resembles a standing person, and measures approximately 92 by 38 inches and is about 24 inches thick (2.34 meters by 0.97 meter by 0.61 meter). The two windows polished through the rind of this stone show a slightly mottled texture with a medium to deep green color. Field tests showed this material has very high workability and took a highly reflective polish (see photos attached).

An additional 10 stones from the trenches were field tested to determine texture and variability. Textures vary from medium to locally fine-grained and colors range from very dark greens to light greens. Cut outs from some of these blocks were made for lapidary working into decorative pieces, bangles and jewelry to evaluate suitability for those potential market segments. Samples from trench T1A are subject to a 2% NSR should they be marketed and sold.

A total of 52 samples from trench T1C east with a combined weight of 4,600 pounds (2.09 Tonnes) were also collected and securely stored off site for further evaluation.

Coincident with trenching, extensive alteration mapping and reconnaissance sampling was conducted along the geophysically well-defined alteration zones associated with Jade formation (See Press release NR 19-03 of June 12, 2019). Two outcrops yielding both fine grained dark olive Jade as well as sage to light-green Jade were found approximately 720 and 850 feet (220 and 260 meters) respectively north-east of trench T1A; and samples were cut for further evaluation. These discoveries provide further confirmation that the Company’s combined geological and geophysical approach to tracing out Jade-bearing structures is working well. As a result, the Company staked an additional 10 lode claims around its main claim block to cover all known showings and all the geophysically indicated alteration zones that trenching has now shown are associated with bedrock Jade occurrences.

All samples were color-coded with source-trench identifiers in the field before being transported to a secure off-site storage facility where they were pressure-washed and weighed in groups of 1 to 23 stones using a licensed commercial livestock scale and operator. They were then stacked on pallets and shrink-wrapped for protection pending additional evaluation.

As per the Company’s permit requirements, all trenches were backfilled and covered with stored topsoil to allow for rapid revegetation. Seeding with an appropriate local seed mix was completed over all disturbed areas. Aerial mapping of the disturbed and reclaimed areas was conducted with high resolution georeferenced drone photography for compliance with the reporting requirements of the disturbance permits. Two visits were conducted by the regulatory authorities during the program to ensure best practices were adhered to, and that any concerns were addressed before the program’s end.

The Company’s Corporate Counsel has notified the Company of receipt of a third-party complaint filed in Wyoming which seeks to establish claim to some of the samples collected during the Company’s trenching program. Based on U.S. claim law, the Company believes that this complaint is entirely without merit and the Company will seek redress once legal confirmation of its position is received.

Mr. Jean-Pierre Jutras, P.Geol., President of the Company, is the Qualified Person for the Company’s Jade projects as defined by National Instrument 43-101 and has approved the technical disclosure contained in this news release.

The TSX Venture Exchange has neither approved nor disapproved of the contents of this press release.

Except for the historical and present factual information contained herein, the matters set forth in this news release, including words such as “expects”, “projects”, “plans”, “anticipates” and similar expressions, are forward-looking information that represents management of Jade Leader’s internal projections, expectations or beliefs concerning, among other things, future operating results and various components thereof or the economic performance of Jade Leader. The projections, estimates and beliefs contained in such forward-looking statements necessarily involve known and unknown risks and uncertainties, which may cause Jade Leader’s actual performance and financial results in future periods to differ materially from any projections of future performance or results expressed or implied by such forward-looking statements. These risks and uncertainties include, among other things, those described in Jade Leader’s filings with the Canadian securities authorities. Accordingly, holders of Jade Leader shares and potential investors are cautioned that events or circumstances could cause results to differ materially from those predicted. Jade Leader disclaims any responsibility to update these forward-looking statements.

Click here to connect with Jade Leader Corp. (TSXV:JADE) for an Investor Presentation.