Mountain Province Diamonds announced on Wednesday the results of the Tuzo Deep drilling program at its Gahcho Kue diamond project. The 2014 program successfully confirmed the continuity of the Tuzo kimberlite to a depth of more than 740 meters below surface. 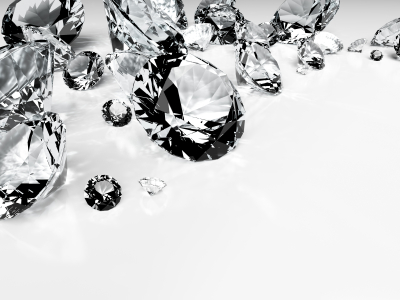 Mountain Province Diamonds (NASDAQ:MDM) announced on Wednesday the results of the Tuzo Deep drilling program at its 49-percent-owned Gahcho Kue diamond project in the Northwest Territories.

According to a company press release, the 2014 program successfully confirmed the continuity of the Tuzo kimberlite to a depth of more than 740 meters below surface.

Five holes were drilled, despite challenging drilling conditions, resulting in the recovery of 434 kilograms of kimberlite. The kimberlite was processed by caustic fusion, and diamond recoveries totaled 2,514 stones weighing 3.24 carats altogether. The total weight of recovered diamonds greater than 0.85 millimeters was 2.46 carats. The grade of the sample was 5.67 carats per tonne.

The project, which is 51-percent owned by De Beers Canada, consists of a cluster of four diamondiferous kimberlites, three of which have a probable mineral reserve of 35.4 million tonnes grading 1.57 carats per tonne for total diamond content of 55.5 million carats. Mountain Province has dubbed Gahcho Kue the world’s largest and richest new diamond development project.

According to a feasibility study released in May 2014, average annual production is estimated at 5.6 million carats for the first three years of full production, with the first full year likely being 2017. The report notes that ramp-up costs of C$82 million do not take into consideration the revenue expected from estimated production of approximately 1 million attributable carats during the production ramp-up period between September 2016 and January 2017.

The operation life of the mine is an estimated at 12 years, which would put total diamond production at approximately 53.5 million carats. The internal rate of return, excluding sunken costs, is set at 32.6 percent. When the feasibility study was reported, the average modeled diamond price in 2014 was US$118.38.

At close of day Wednesday, Mountain Province’s share price was sitting at $3.60, down 2.44 percent.