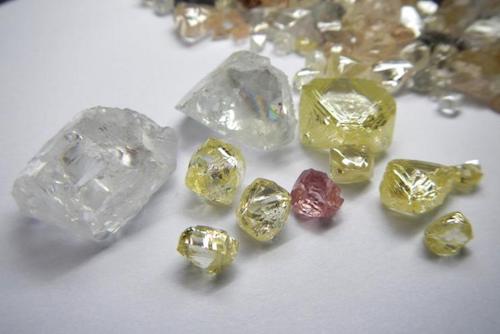 Mining volumes were also up for the international-focused diamond exploration and development company, with an increase of 27 percent to a record 72,671 bulk cubic meters.

Australia-based diamond miner Lucapa (ASX:LOM) has reported a production increase of 20 percent in Q2. During the quarter, the company’s flagship project, the Lulo diamond mine in Angola, produced 5,058 carats.

Mining volumes were also up for the international focused diamond exploration and development company, with an increase of 27 percent to a record 72,671 bulk cubic meters.

“The company’s focus on expanding high-value diamond production from multiple sources is designed to maximize returns in a sector of the global diamond market where demand and pricing remains robust,” the company said in a press release.

The second quarter of 2018 was incredibly fruitful for Lucapa, with the recovery of specials up 18 percent to 1,412 carats. For the first half of the year, 2,838 carats of specials were unearthed, reaching a 22 percent year-over-year increase.

Of the specials recovered during the quarter, the largest colored diamond ever discovered at Lulo was unearthed in May. The 46 carat pink diamond was the largest in company history.

There were also three 70+ carat diamonds found at Lulo between April and June.

Lucapa has been working closely with the Angolan government to advance the nation’s diamond sector.

“This included President Lourenco stating a desire for Angolan diamonds to be marketed in jurisdictions such as Antwerp during a visit to the global diamond trading center, and an anticipated presidential decree to launch a new diamond marketing policy for Angolan production,” stated the press release.

With an increase in diamond discovery, it’s only natural that sales would grow as well. Lucapa brought in US$5 million in gross sales for Q2 and a total of US$15.9 million for the first six months of 2018.

In addition to the lucrative alluvial diamond mine in Angola, Lucapa also has ongoing projects in Lesotho and Western Australia.

In Lesotho at the Mothae kimberlite mine, construction for a new 150 tonne per hour diamond plant continued with completion expected to occur during the second half of the year. During the second quarter of this year, the company discovered two yellow diamonds: an 89 carat stone and a 25 carat gem.

For the Brooking lamproite discovery site in Western Australia, Lucapa continued exploration efforts with 200kg of core samples from the first follow-up drill hole sent for analyzing by a Canadian laboratory that specializes in detailed micro-diamond analysis.

Company inventory sat at 2,766 carats at the end of June, which included a number of large and high-value specials.