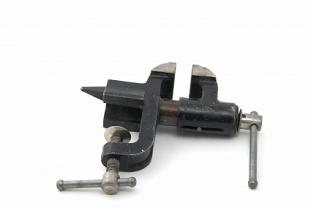 The BaselWorld jewelry show in Basel, Switzerland is at the center of continuing pressure leveled at the founders of the Kimberley Process. The pressure comes from industry insiders as well as human rights groups worldwide. At the heart of the controversy is whether or not the Kimberley Process (KP) has the ability and political leverage to deal with conflict diamonds, blood diamonds from Zimbabwe.

Since the Sierra Leon Civil War in 1991, blood diamonds and the role they played in funding rebel group’s genocide in the region have cast a dark shadow over the diamond industry. As the political awareness of the situation in Africa became reality, the need for a monitoring organization arose and the Kimberley Process was born; its purpose is to ensure conscientious consumers that their consumption was not furthering conflicts in the region. In 2003, the Kimberley Process participating nations started to implement its rules and regulations. However, the Process has lacked the teeth it needs to enforce penalties levied against countries and companies that break the rules.

In “An Open Letter to Abbey Chikane, the New KP Monitor for Zimbabwe,” Avi Krawitz of The Rapaport Group called upon the organization to take a more serious stance towards diamonds coming from the region. If no action is taken against  Zimbabwe’s Marange diamond fields, the organization may loose the legitimacy it needs to further its role in the world diamond market. “Because the KP — with its three pillars of government, civil society and industry — has allowed itself to be so manipulated and so ineffective, two of your co-founders, Ian Smilie, and my boss, Martin Rapaport, have resigned from the organization. They felt they would be more likely to enact change outside the KP than from within.” The strong words from The Rapaport Group highlight the struggles between KP regulators and participating nations.

Sentiments from within the Zimbabwean government reflect the increasing reluctance to work with the KP. Mines Minister Obert Mpofu has stated that the country would sell the Marange Diamonds with or without certification from the KP. “If the KP is unsatisfied with our efforts and wants to be difficult, saying that we have failed to comply with their requirements…we will not lose sleep, but rather, we will just pull out and not lose anything,” stated Mines Minster Mpofu about the increased scrutiny from KP and human rights institutions.

Highlighting the ongoing struggle in the African nation, the KP recently confirmed continuing human rights issues in the area; but a ban on the diamonds in the world market has yet to be confirmed.

“A Human Rights Watch report last year exposed ongoing abuses in the controversial Chiadzwa diamond fields, including forced labor, beatings, and rape committed by the military. An investigation by a Kimberley Process delegation confirmed these atrocities … But the Kimberley Process refused to ban the country, and instead has given Zimbabwe until June to ‘fall in line’ with trade standards. This plan has not yet resulted in any positive changes on the diamond fields,” reported Alex Bell of SW Radio Africa News.

The Zimbabwean diamond fields and the human rights abuses surrounding associated with it mark the most important case study for the power of the Kimberley Process’ ability to change the industry. If KP looses the battle in Zimbabwe, what is left of the organization?

Canadian miner Stornoway Diamond Corporation [TSE:SWY] released an updated report of its Renard project, stating the mine “project in Quebec may be almost twice as profitable to develop as previously forecast … This study has firmly established Renard as one of the best undeveloped diamond deposits in the world, well on track to become Quebec’s first diamond mine,” as reported by Christopher Donville for Bloomberg. The report also added, “the updated assessment now estimates a mine life of 25 years based on a production rate of 1.8 million tonnes per year with total diamond production of 30 million carats, at pre-production capital costs of C$511 million ($503.4 million).” This announcement helped shares in the company rise as much as 30 per cent. The mine is a joint venture with Soquem Inc, a subsidiary of the la Société générale de financement, a holding company owned by the Government of Quebec.

New to the Investing News Network
5 Silver Market Trends to Watch in 2019
5 Highlights from the World Gold Council’s 2018 Demand Trends Report
GFMS Expects Gold to Average US$1,292 in 2019