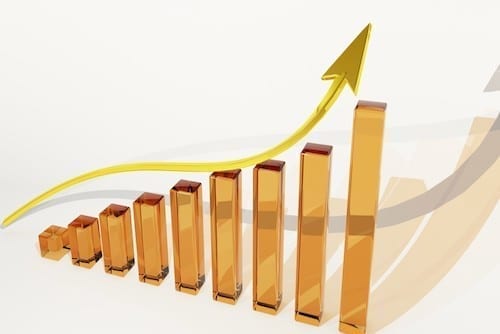 Global sales of diamond jewelry were up in Q1, according to a report from Russian diamond giant Alrosa. Sales were up 7 percent, driven by strong consumer demand and positive fluctuations in exchange rates.

Global sales of diamond jewelry were up in Q1, according to a report from Russian diamond giant Alrosa (MCX:ALRS). Sales were up 7 percent, driven by strong consumer demand and investor positive fluctuations in exchange rates.

According to the report, sales of diamond jewelry in Canada and US have grown by 5 percent year-over-year largely driven by demand. This is the second year in a row the North American market has experienced steady growth, last year it accounted for 53 percent of all global sales.

In addition to strong North American growth, Alrosa noted, “sales in the Asia-Pacific region have grown by 11 percent, firstly due to growth in Mainland China as well as strengthened demand in Hong Kong and South Korea, driven by increased tourist influx.”

The Asia-Pacific markets accounted for 20 percent of the global consumption of polished diamond jewelry in 2017.

The weakening Yen provided the perfect opportunity for Chinese tourists to purchase polished diamond jewelry in Japan, where sales grew by 7 percent. The local market also remained steady, which helped contribute to the modest growth.

Sales were also up 14 percent in Europe, believed to be backed by the strengthening Euro.

Fellow mega diamond miner, De Beers, reported sales growth during the first five months of 2018. An Idex diamond industry report notes: “De Beers, raised prices during its May sales cycle where a provisional US$550 million of rough gems were sold. The additional revenue added more than US$2 billion in sales to company coffers for the first half of the year.”

Last month, De Beers announced it would begin selling a fashion jewelry lined comprised of lab-grown diamonds. The line which features an array of pink, white and chocolate diamonds in a variety of settings will sell for a fraction of the price of natural diamonds, in hopes of appealing to wider audience.

In 2017, De Beers made a record setting US$82 million in sales, a number it hopes to surpass with the unveiling of its jewelry line.

The retail growth reported by Tiffany & Co falls in line with the Alrosa report, which pegged growth in the global luxury market at roughly 13 percent during the period.

The Largest Diamonds Mined in 2020, So Far…
Diamonds and COVID-19: Who’s Reacting and How?
Versatile Diamonds Allow You to Customize Valentine’s Day
Top Gem and Diamond Stocks of 2019